AMES, Iowa -- For most people, the American Dream isn't just about having a spouse, kids, car and a house with a white picket fence. An increasing number are following their dreams and starting their own businesses, according to the U.S. Small Business Administration report "Second Quarter 2006: The Economy and Small Business." The report shows that the number of incorporated self-employed individuals has risen by a million over the last five years.

But there's a catch -- not everyone is cut out to be an entrepreneur. According to a 2003 paper by Small Business Administration economist Brian Headd, only half of all new employer firms survived after four years.

So how can you tell if you have what it takes to be a successful entrepreneur?

Iowa State University Professor of Management Howard Van Auken believes he knows. After publishing more than 50 academic papers on entrepreneurship and small business, he's assembled the following list of top 10 signs you're made to be an entrepreneur:

"There's a difference between being employee and employer. As employee, you have people above you typically making decisions; and as employer, you're the point person," said Van Auken. "You're the person who has to make all the decisions and at the top alone, and you're also accountable to yourself."

2. There's a desire to be independent.

"Because you are at the top, because you are alone, because you have no higher-up above you, you reap the rewards of success -- but also suffer the consequences of failure," he said. "You have to be willing to accept the independence."

3. You have the support of family.

"Owning a business is not a job, it's a lifestyle -- so it's 24-7," Van Auken said. "So it's the demand associated with the job, the lifestyle, and an important part of that is the financial risk that these people have -- and the family's willingness to accept that as part of their life."

4. Your "calling in life" is to be an independent owner.

"You're not going to see this in the literature and people don't talk about it very much, but I think it's there. I think some people are innately bred for this lifestyle," he said. "I think people just know it's for them or it's not for them. The key question is 'Do you really want to own your own business?'"

5. You possess an innovative personality and approach to business development.

"The key to entrepreneurship is innovation -- doing something different -- and I think that distinguishes between just another small business and an entrepreneurial business," said Van Auken. "The innovative personality is someone who is constantly able to identify these new opportunities, and sees the world in a different way."

6. You have a sincere interest in serving customers.

"That's the key to being successful in business," he said. "Very few people care about what you want to do, or if I want to start a business. But what you and I care about is whether or not our needs are met in the marketplace."

7. You have a willingness to accept substantial financial risk.

"You need to be aware of the consequences of debt," Van Auken said.

8. You have an understanding of how businesses operate.

"I would suspect the majority of business owners go in not really understanding how businesses operate," he said. "They need to understand that just because you have skill, that doesn't mean you'll necessarily be a good business operator. Being a business owner is a completely different set of skills."

9. You have expertise in the type of business that is being launched.

"They (a new owner) can bring in other people, but there has to be expertise in the business to understand the industry and the business," said Van Auken.

10. You have a well-established network of contacts.

"There's a large body of research that has consistently shown that business owners who have a larger networks of contacts -- or just a bigger resource base to draw from -- have greater success," he said. "The larger, the bigger (network of contacts), the better." 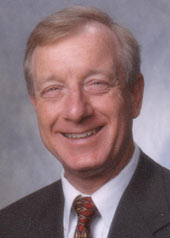 After publishing more than 50 academic papers on entrepreneurship and small business, Iowa State University Professor of Management Howard Van Auken has assembled a list of the top 10 signs you're made to be an entrepreneur for anyone considering starting their own business.