AMES, Iowa -- As part of its nationwide College Hardball Tour, MSNBC's show "Hardball with Chris Matthews" will broadcast live from Stephens Auditorium at Iowa State University Wednesday, Oct. 18, at 4 p.m. Matthews' guest for the one-hour show will be U.S. Senator and possible 2008 presidential candidate John McCain. The event is free and open to the public.

Doors will open at Stephens Auditorium at 3:15 p.m. and audience members are asked to be in their seats by 3:30 p.m.

The Hardball College Tour has recently visited other campuses including Harvard, Notre Dame, Georgetown, Stanford and others. 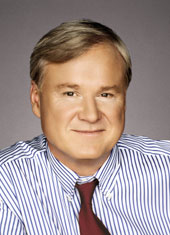