AMES, Iowa -- Mark Gordon recently held up a small vial containing three liquids layered one on top of another.

That middle layer, the brownish one, is an ionic liquid, Gordon explained.

And that kind of liquid could be a solution to the U.S. Air Force's quest for a next generation rocket fuel that packs a lot of energy but is better for the environment and easier on the federal checkbook.

Gordon, Iowa State University's Frances M. Craig Distinguished Professor of Chemistry and director of the Applied Mathematics and Computational Sciences program for the U.S. Department of Energy's Ames Laboratory, has been working as part of an Air Force research collaboration for more than a decade to come up with ideas for a new and better rocket fuel. Spencer Pruitt and Toni Smith, Iowa State doctoral students in chemistry, are also working on the project.

Total support for Gordon's rocket fuel work has been more than $1 million: The Air Force Office of Scientific Research has supported Gordon's work with grants of about $70,000 per year. The U.S. Department of Defense is also supporting the work with grants of supercomputing time. The defense department has also provided $250,000 for a computer cluster featuring high-speed graphical processing units. Gordon's Craig Chair at Iowa State also provided support for the computer cluster.

Gordon's work has focused on the project's basic, theoretical side. He's developing and modeling new ideas in chemistry that have potential as a rocket fuel.

"One thing that people like me do is take normal molecules and arrange them in more high-energy, less-stable materials," Gordon said. "And then we have to figure out how to make something like that so it's not explosive. We want rocket fuels, not explosives."

The early days of the project focused on developing solid hydrogen fuels augmented with light materials such as boron to boost the fuel's energy content. While these new materials worked in theory, Gordon said they weren't always stable enough to work in practice.

The project's current focus is to study ionic liquids as a potential rocket fuel. Ionic liquids are salts that can melt down to liquids at room temperatures. They're composed entirely of ions, atoms that carry electrical charges because they've lost or gained one or more electrons. The positively and negatively charged atoms and molecules within the ionic liquids can be changed, creating a range of materials with adjustable properties.

Gordon says he's optimistic that ionic liquids might work as a rocket fuel.

And, Gordon said, there could be potential to build an ionic liquid that can ignite by chemical reaction rather than an ignition mechanism. That, he said, would be the "holy grail" of the project because it makes rocket engines much easier to control.

"We think we can figure this out," Gordon said. "We need to optimize all the properties we're looking for. But some of those properties are in opposition to each other -- to optimize one you minimize another -- so the challenge is to balance all of this." 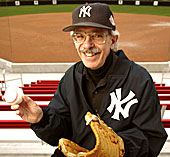 Mark Gordon of Iowa State University and the U.S. Department of Energy's Ames Laboratory is part of a U.S. Air Force research collaboration looking for new and better rocket fuels. The researchers have turned their attention to ionic liquids -- salts that can melt down to liquids at room temperature -- as a potential fuel.

"One thing that people like me do is take normal molecules and arrange them in more high-energy, less-stable materials. And then we have to figure out how to make something like that so it's not explosive. We want rocket fuels, not explosives."