AMES, Iowa -- While the United States economy has yet to hit the official benchmark of a recession -- defined as two consecutive quarters of declining Gross Domestic Product (GDP) -- two Iowa State University economists agree that it appears headed there fast, particularly in the wake of the financial crisis. And they warn that businesses and consumers should make plans for tougher economic times ahead.

"At the very least, we know there are sectors of the economy that are exhibiting strong recessionary indicators and the retail industry is at the forefront of those trends," wrote Meghan O'Brien, an economist with Iowa State's Regional Capacity Analysis Program (ReCAP), in a new report she authored titled "Retail Economics 101: Lessons and Strategies of a Recession."

"With the rash of recent retail bankruptcies, store closings, and increasingly vacant retail space it is apparent the retail industry is facing tough times," she said. "Because retail is the second largest sector in the U.S. in number of businesses and employees and accounts for 8.3 percent of GDP, the implications of a retail recession are numerous and far reaching."

Joydeep Bhattacharya, an associate professor of economics at Iowa State, sees a bear market on Wall Street as further evidence of the recession ahead.

"Typically bear markets precede recessions and usually follow tight-money policies (raising interest rates) of the Fed," said Bhattacharya, who has research expertise in monetary theory, credit market imperfections and bank panics. "This time, it appears that the bear is awake even after the economy has done well (in terms of GDP) for the past two to three quarters. Also, Fed monetary policy is at its loosest in a while. Judging by the past, this signals that a deep recession is underway, or is on its way."

But retailers should still brace for the worst.

"What these indicators tell us about the outlook for retailers is that the record consumer spending expansion is over," said O'Brien, who is also an ISU Extension program specialist.

Some of that consumer spending was made on credit, and even with the government's $700 billion bailout plan, the financial crisis might result in credit card limits being lowered. Bhattacharya says consumers should prepare, to the extent possible, by substituting out of credit card borrowing into other sources of funds.

"Consolidating a bunch of expenses -- say, home improvements -- and taking out a home-equity line of credit would be a far better alternative," he said.

"The economic situation adds up to a perfect storm for retailers," she said. "It is not only possible, but probable that the retail sector will not even meet the lowered expectations of this year's forecasts. This will mean significant hardship for many Iowa businesses and communities."

In preparation, O'Brien provided these tips in her report:

Tips for Consumers and Retail Shoppers:

Tips for Retailers and Business Owners:

O'Brien's complete report can be found at http://www.econ.iastate.edu/research/webpapers/paper_12995.pdf. 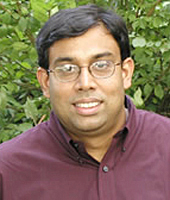 "The economic situation adds up to a perfect storm for retailers. It is not only possible, but probable that the retail sector will not even meet the lowered expectations of this year's forecasts. This will mean significant hardship for many Iowa businesses and communities."