AMES, Iowa -- For three decades, the cantankerous, sharp-tongued Sylvia has enriched newspaper comics throughout the world, disseminating the acerbic wit and wisdom of her creator, Nicole Hollander. Hollander will share tales from her life in a talk at Iowa State University, Thursday, Sept. 9. Her presentation, "My Life in the Comics: Thirty Years of Graphic Misbehavior from Reagan to Obama," will be at 8 p.m. in the Memorial Union Sun Room. It is free and open to the public.

The internationally syndicated comic Sylvia appears in more than 30 newspapers. Hollander also has published 16 collections of the Sylvia comic strip, such as "The Whole Enchilada," "Never Take Your Cat to a Salad Bar," and "You Can't Take It With You, So Eat It Now! Everyday Strategies from Sylvia." Hollander's most recent collection, "The Sylvia Chronicles," presents her character's singular take on contemporary politics.

Hollander also is the author of other books, including "Female Problems" and "Tales of Graceful Aging from the Planet Denial." Her comic strip and books were the inspiration for three plays, all musicals.

Hollander earned a bachelor's degree from the University of Illinois at Urbana-Champaign and holds a Master of Fine Arts degree from Boston University.

Hollander's lecture is cosponsored by the Department of Art and Design, CODAC (College of Design Art Club), Margaret Sloss Women's Center, Osher Lifelong Learning Institute, YWCA Ames-ISU and the Committee on Lectures, which is funded by the Government of the Student Body. 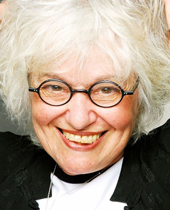 "My Life in the Comics: Thirty Years of Graphc Misbehavior from Regan to Obama"