AMES, Iowa -- Network neutrality is the guiding principle that preserves the free and open Internet and allows users to access whatever website they want whenever they want it. But that may change under a new draft proposal on net neutrality regulations set for a Federal Communications Commission vote on Tuesday, Dec. 21.

Large cable and telephone companies would like to charge for smooth access to websites, applications and plug-in devices. And The Washington Post reports that the new FCC plan "could include vague language that frowns on, but doesn't prevent, the ability of partners to pay for priority of Internet delivery, according to two sources who have seen a draft of the proposal."

"The public should be further engaged in this debate -- there is a lot at stake," said Jeff Blevins, an associate professor in ISU's Greenlee School of Journalism and Communication, who served as an application reviewer for the federal Broadband Technologies Opportunities Program.

"The current proposal by FCC Chairman Genachowski would involve an uneven regulatory terrain that has already come into question by the courts," he said. "Even more troubling, the FCC in its proposal is limiting its ability to protect the public interest and consumer rights."

"With the FCC commissioners agreeing to pursue net neutrality, the real issues underlying the proposed regulations are mired in a confusing pushback of opinions," said Townsend, who studies information technology and organizational effectiveness. "This confusing situation is created by how we choose to view telecom providers. If we view them as 'regular' businesses, then the mantra of 'unfair restriction' plays pretty legitimately. However, if we view them as what they are -- which is quasi-utilities -- then a much different picture emerges."

Townsend reports that phone companies and cable companies -- the two primary providers of broadband services -- enjoy local monopoly status in terms of their line services, since only one phone company or cable firm is generally allowed in an area. He says they are granted right of way along public and private lands for their lines, and they have a range of requirements they need to perform for the public good.

"Although they carry content, they enjoy the privilege of delivering that content through rights that make them more of a utility infrastructure rather than 'independent' businesses," he said. "Like the power grid and the public highways, while there's money to be made, firms that operate as utilities must operate for the demands of their customers. And it is not customers that are asking to turn the Internet into a pay-for-play environment."

Rather than leave the network neutrality decision up to the FCC, Blevins contends that legislative action is needed -- acknowledging that the last time such a rewrite of communications law occurred in the U.S. was the 1996 Telecommunications Act.

"In view of this, a rewrite of U.S. telecommunication law should comprehensively address broadband Internet issues while grounded in First Amendment jurisprudence that balances speech rights between broadband service providers and the public," he continued. "The Supreme Court has historically fashioned medium-specific rationales for the regulation of media by affording rights according to the unique aspects of the medium; and due to the participatory-democratic nature of broadband Internet a legal framework that protects the medium from unbridled corporate power over information and discourse is in order."

Blevins says network neutrality principles would be consistent with key parts of the Communications Decency Act and the Digital Millennium Copyright Act that have been broadly and consistently enforced by the courts. And he says a comprehensive telecommunication law should require the same and balance free speech with corporate power. 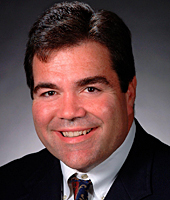