AMES, Iowa -- Marcia Fischer wants people to understand just how devastating an eating disorder can be. And she should know. Her daughter Emily -- an Iowa State University alumnus -- died last summer after battling anorexia for 20 years.

Fischer, who is from Ankeny, is honoring her daughter's life with a gift to the Iowa State University Student Counseling Services' National Eating Disorders Awareness Week, Feb. 21-27. "It's Time To Talk About It" is a weeklong series of events held on campus and elsewhere in Ames. (See sidebar). 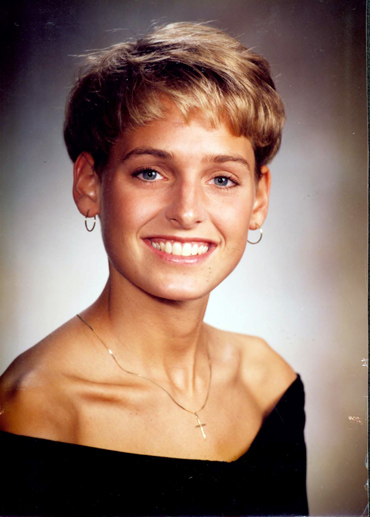 It's Fischer's wish that her gift help increase awareness of eating disorders and encourage those struggling with anorexia, bulimia or other eating disorders to seek early and ongoing treatment.

"By telling Emily's story and helping raise awareness, she hopes she can change even one person's life," said Michelle Roling, counselor and eating disorders treatment coordinator at Student Counseling Services.

Emily's eating disorder started during her freshman year at ISU in 1989. She participated in outpatient treatment, coming out of the program with "a healthier attitude and outlook," her mother said. However, the anorexia recurred.

"It plagued her all of her adult life," Fischer said. "It really took hold of her when she was just trying to figure out who she was. As it progressed, it was difficult to separate Emily from the eating disorder."

During her successful career as a sales representative for Bob Seimon Design, Emily was transferred frequently and traveled a great deal.

"It was hard for her to have ongoing treatment because of the moves and travel," Fischer said. "She had some therapy, but she knew she should've had more. She also thought she could handle the illness on her own."

At age 35, Emily's life began to unravel. She lost her job due to downsizing, and then changed jobs frequently. She dropped more and more weight to the point that her physical health and cognitive abilities "deteriorated badly." Her former athletic, fit body had no reserves left to fight back. Critically ill, Emily was hospitalized repeatedly during the last four years of her life.

In some of her writings, Emily described what it was like to be in her body. She referred to her eating disorder as "a prison that holds her captive." 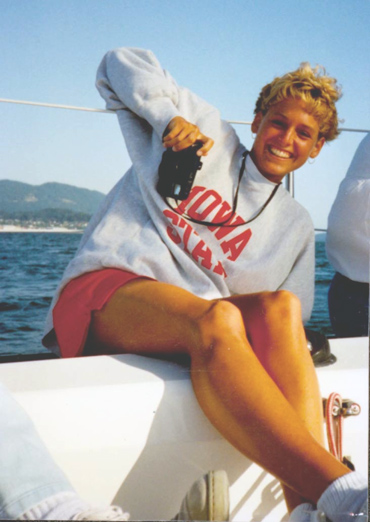 "For Emily, the eating disorder was a way to cope with anxiety and stress, and to give some control to her life. But after so many years, it no longer helped. It controlled her. She hid it from her peers and felt guilty. Yet she was hooked. It's a vicious cycle," Fischer said.

"A lot of girls flirt with an eating disorder. They play with it for a while, don't get hooked, then give it up," Fischer said. "But when you start, you don't know if you're the one who will get hooked, or the one who can stop."

Fischer plans to draw from Emily's diaries and her own notes to write her daughter's story. She wants to try to make some sense out of what happened. And she hopes it will help with the healing process.

"In the end, the eating disorder stole everything Emily loved and robbed her of who she was," Fischer said.

Roling works with five other senior counselors to provide eating disorder treatment through individual counseling and group therapy. At any given time, about 40 Iowa State students are being treated. Last fall, Roling said that the counseling staff saw more students come in with more severe eating disorders than in past years.

Nationally, Roling said that less than one-third of those struggling with an eating disorder seek help. Even so, awareness and treatment have improved since Emily Fischer was first diagnosed.

"There's more understanding about the many factors that play a part in an eating disorder," Roling said. "The definition of eating disorders has expanded greatly to include binge eating and others. And a full treatment team -- consisting of a therapist, dietician and physician -- is used. Sometimes a psychiatrist, personal trainer and spiritual mentor are included.

"If you're struggling with any symptoms of an unhealthy relationship with food, exercise and your body -- it doesn't have to be all the symptoms -- please contact Student Counseling Services to discuss how we could be helpful," she said. "The sooner someone can reach out for services, the greater their chances for full, sustained recovery."

"By telling Emily's story and helping raise awareness, she hopes she can change even one person's life."

"It's Time To Talk About It"

All events are free and open to the public, unless noted.

"Mirrorless Monday"
Mirrors in buildings across campus will be covered with paper to remind people to value themselves from the inside out. People are asked to write positive affirmations on the paper.

"Recovering from An Eating Disorder and Falling in Love with Life"
Jenni Schaefer
7 p.m., MU Great Hall
Jenni Schaefer, a recovered bulimic, has helped change the face of eating disorder awareness and recovery. She coauthored her first book, "Life Without Ed," with her psychotherapist, who taught her to treat her eating disorder as a relationship, rather than an illness or condition. Schaefer actually named her anorexia/bulimia "Ed," an acronym for eating disorder. Her new book, "Goodbye Ed, Hello Me: Recover from Your Eating Disorder and Fall in Love with Life," discusses the transition from recovery to liberation. Schaefer is a contributing author to "Chicken Soup for the Recovering Soul," and a regular guest on national radio and television, including appearances on "Dr. Phil."

"Do I Look Fat? The Film"
7 p.m., 125 Kildee Hall
A documentary about gay men, body image and eating disorders will be followed by a Q & A session with ISU student counseling staff. The film weaves together the personal and the clinical with support from several experts on eating disorders. Cosponsored by the Office of LGBT Student Services and SUB Films.

"Don't Fight Your Genes; Change Your Jeans"
9 a.m.-2 p.m., MU, 1st floor under the oval staircase
Drop off old jeans for donation to charity. Jeans can also be donated at other events listed here.