AMES, Iowa - The current legislation in Congress on controlling carbon outputs, often called cap and trade, could potentially increase corn and soybean prices more than 20 percent, according to an Iowa State University expert.

With its enormous capacity to absorb carbon, U.S. agriculture will be an important part of any climate change bill. Opportunities for absorbing carbon include using pasture and crop land to grow trees and using soils as a carbon "sink."

Because of the size of this opportunity and the irreversible nature of some key decisions, farmers and the public should fully understand the ramifications of the policies, according to Dermot Hayes, professor of economics and finance at ISU and Pioneer Hi-Bred International Chair in Agribusiness.

According to the U.S. Environmental Protection Agency, one likely outcome of the climate change bill is the conversion of a large amount of poor-quality cropland to forests. This transition would be a boon to some farmers and all landowners, but may not be good for livestock growers or crop growers who rent land, according to Hayes.

Hayes has been working with researchers at ISU's Center for Agricultural and Rural Development as well as the Food and Agricultural Policy Research Institute (FAPRI) to better understand the implications of such a policy on world market prices and net carbon emissions from United States and world agriculture.

"While (commodity) prices would increase, it would be problematic for livestock producers, because feed costs would increase, and it would be bad for some crop growers because they will have less land to farm," said Hayes, who presented his findings to a subcommittee of the U.S. House Committee on Agriculture.

"I looked at the EPA projections and began thinking, if you take 100 million acres of U.S. land out of production, as the EPA analysis projects, you're going to have an impact on prices," said Hayes.

Cap-and-trade legislation is designed to reduce carbon in the atmosphere that may be affecting climate. Opponents say limiting carbon means reducing economic activity.

Hayes says that growing trees to capture the carbon has the potential to offset carbon emissions elsewhere in the economy.

"We will continue to produce carbon because we will still drive our cars and use electricity, but the trees will absorb the carbon, or we will find economic ways to sink carbon into the soil," said Hayes.

Hayes, who is also co-director of FAPRI, says his forecasts are based on calculations that are consistent with those reached independently by experts at Duke University, Durham, North Carolina; Texas A&M University, College Station, and the EPA.

In addition to the 100 million acres needed to convert from crops to growing trees in the United States, an additional 300 million crop acres worldwide would need to be converted to trees in order to offset the United States' carbon reduction promises. Hayes says that other countries may want to grow some trees to meet their own carbon requirements.

When all of these commitments are realized, the impact on the world food prices will be substantial and much greater that the 20 percent price increase that will result from United States-only land conversion, according to Hayes.

The size of that price impact has led to interest in other ways to capture carbon. One method Hayes believes may become more popular is heating biomaterial in a process called pyrolysis, turning part of it into a carbon-rich substance called biochar and incorporating that biochar directly into the soil. This process actually increases yields on soils and achieves many of the carbon benefits of growing trees without the costs associated with reducing world crop acres.

Cap and trade legislation, H.R. 2454: American Clean Energy and Security Act of 2009, passed in the U.S. House of Representatives in June and is awaiting action in the Senate. 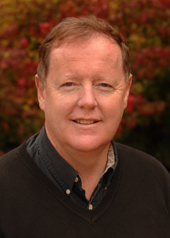 I looked at the EPA projections and began thinking, if you take 100 million acres of U.S. land out of production, as the EPA analysis projects, you're going to have an impact on prices.