AMES, Iowa - Jack Payne, vice president for extension and outreach at Iowa State University since 2006, has accepted a position at the University of Florida, Gainesville. His last day at Iowa State will be May 31.

"Jack has provided strong, focused leadership and unwavering enthusiasm in his more than four years with Iowa State Extension. He directed the critical effort in 2009 to restructure and better position Extension to carry out its important statewide responsibility well into the future," said Executive Vice President and Provost Elizabeth Hoffman. "We wish him all the best in his new position."

Hoffman has appointed Gerald "Jerry" Miller, longtime faculty member and administrator at Iowa State, as interim vice president for extension and outreach, effective June 1. Miller was associate dean of extension programs and outreach in ISU's College of Agriculture and Life Sciences from 1998 through Jan. 31, 2010. He also has served as director of agriculture and natural resources extension. He has been a member of the Iowa State faculty since 1974 and is a professor of agronomy.

Miller will serve as interim head of ISU Extension until July 1, 2011, or until the arrival of the new vice president, whichever comes first.

Miller received a bachelor's degree in agronomy from Virginia Polytechnic Institute, Blacksburg, in 1965; and a master's (1971) and doctorate (1974) in soil science from Iowa State.

Hoffman will appoint a search committee for the next vice president for extension and outreach at a later date. 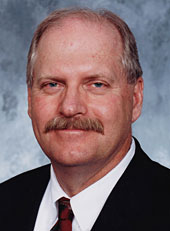 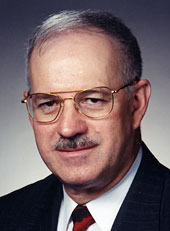