AMES, Iowa - With news dominated by a continuing war on terrorism, a worldwide economic crisis, and now the tragic earthquakes in Haiti, the world hasn't appeared to be such a beautiful place of late. But Iowa State University's sixth annual symposium on "Wildness, Wilderness and the Creative Imagination" (event website) will seek to find beauty in a broken world Jan. 29 through 31.

"We wanted to bring writers, artists and humanities scholars who have something meaningful to say about ideas and issues related to the environment about which we all care," said Debra Marquart, an ISU professor of English and author who directs the symposium. "So the symposium is seen as an opportunity to gather, share ideas, collaborate and be inspired."

Marquart says this year's symposium features keynoters Terry Tempest Williams -- author of the groundbreaking memoir, "Refuge," and her latest book, "Finding Beauty in a Broken World" -- and Rick Bass, a former petroleum geologist and writer who has been an environmental activist in the Yaak Valley of western Montana. The event also will showcase two award-winning documentaries -- one on the largest oil find in North American history, which will include a director's talk -- and a reading by Patricia Smith, a four-time national poetry slam champion, from her new book about the devastation following Hurricane Katrina. Some of Iowa State's brightest stars also will be featured.

Iowa's poet laureate, Swander will partner with the internationally renowned puppet company to act out a poem based on selections from Swander's "The Girls on the Roof." The book-length narrative poem features the story of a mother and daughter stranded on the rooftop of Crazy Eddie's Cafe on the banks of the Mississippi River for three days during the flood of 1993. A book signing and reception will follow the event.

Medicine for Someone Like You." The award-winning documentary, directed by Andy Abrahams Wilson, is designed to show the truth behind Lyme disease. The film provides a personal view of those affected by one of the world's fastest growing and controversial epidemics.

1 p.m., Sun Room, fiction reading by Ben Percy, "The Wilding."An ISU assistant professor of creative writing, Percy will read from his forthcoming novel, "The Wilding." Past recipient of the Plimpton Prize and a Pushcart Prize, Percy has had work published by such publications as Esquire, Men's Journal, the Chicago Tribune and Best American Short Stories.

2:15 p.m., Sun Room, reading by ISU writers, Flyway's "Home Voices."
Writers from Iowa State's MFA program in creative writing and environment will read from their creative work, featuring themes of environmental imagination. The readers were selected from a competitive pool of submissions by the staff of Flyway, a journal of writing and environment. The top winner's work will also be published in 2010.

3:30 p.m., Sun Room, panel discussion featuring keynoters Terry Tempest Williams and Rick Bass, "Meaningful Work: The Writer as Citizen."
The authors will discuss the responsibility of writers in a changing and imperiled environmental landscape. Dean Bakopoulos, an ISU assistant professor in the creative writing and environment program, will moderate the discussion.

Hutton won the 2009 Best Documentary Award at the Oxford Film Festival. It tells the story of Stanley, N.D. -- a small, rural town that sits atop the largest oil discovery in the history of North America. It documents the impact of our nation's demand for oil and global energy markets are having on America's heartland.

3 p.m., Sun Room, concert by Jen McClung, poet/singer/songwriter.
McClung will perform songs from her newest CD, "Over and Over," as well as other new selections.

7 p.m., Sun Room, reading by Rick Bass, "The Lives of Rocks: Field Notes on Finding Home." A former gas and oil geologist who is now an author and conservationist, Bass will read from his latest work. He has actively worked to protect Montana's Yaak area from roads and logging, and serves on the board of the Yaak Valley Forest Council and Round River Conservation Studies. 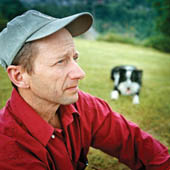 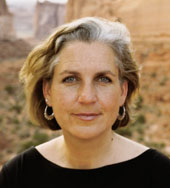 "We wanted to bring writers, artists and humanities scholars who have something meaningful to say about ideas and issues related to the environment about which we all care. So the symposium is seen as an opportunity to gather, share ideas, collaborate and be inspired."