"I am very excited to work with Dr. Nolan in her new role as dean," Hoffman said. "She has been an excellent department chair and associate dean, as well as an outstanding scholar, who has brought great distinction to the college and the university. Under her leadership, we look to the college to enhance its research and educational excellence, building on the outstanding work of John Thomson in fundraising, facilities and faculty hires."

"Dr. Nolan brings an outstanding record of teaching, multidisciplinary research and administration to her new position, and she is highly regarded by her academic peers and constituency groups," Geoffroy said.

Nolan joined the ISU faculty in 2003 as professor and chair of veterinary microbiology and preventive medicine. She also served as associate dean of academic and student affairs in the College of Veterinary Medicine from 2007 to 2009. Since 2003, she also has been an adjunct professor in the Department of Veterinary and Microbiological Sciences at North Dakota State University, Fargo.

Nolan's research focuses on bacterial diseases of production animals, including their effects on animal health, human health and food safety.

Nolan earned her D.V.M. degree (1988) and a master's (1989) and Ph.D. (1992) in medical microbiology from the University of Georgia, Athens. Nolan is a member of the American Veterinary Medical Association, the American Association of Avian Pathologists, the American Society for Microbiology and the International Society of Plasmid Biology. She serves on the editorial review board of the publication Avian Diseases, and since 2005 has been associate editor of Diseases of Poultry (12th and 13th editions).

In addition to authoring many research publications, Nolan also is an award-winning teacher. She was named distinguished educator of the year by North Dakota State University's Blue Key National Honor Fraternity in 2001. 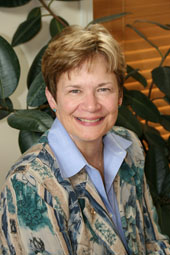