AMES, Iowa - The Supreme Court will soon hear a case brought by the State of California vs. the Video Software Dealers Association and Entertainment Software Association concerning a proposed law to prohibit the sale of violent video games to minors without parental consent. It's listed in the court's calendar of October term arguments.

If the justices decide that the First Amendment shouldn't bar a state from restricting the sale and rental of violent video games to minors, they'll consider research on the link between violent video games and harm to minors -- including a number of studies conducted by Iowa State University psychologists -- in making their ruling.

The amicus curiae brief filed by California State Senator Leland Yee and the California chapter of The American Academy of Pediatrics and the California Psychological Association in support of the petitioners cites some of the latest research. It includes nine studies conducted by ISU psychology professors Craig Anderson, Douglas Gentile and Rob West; and former ISU professor Brad Bushman, who is now at The Ohio State University.

Anderson, Gentile and Bushman also were among the 13 scientists, scholars and researchers who authored the brief's "Statement on Video Game Violence," which was endorsed by 42 leading aggression researchers worldwide.

In spite of their input on the brief -- which included providing evidence from their chapter to be published in the forthcoming book "Handbook of Children and the Media, 2nd Edition" -- Anderson and Gentile emphasize that they are contributing scientific evidence, not necessarily endorsing the law.

"Public policy does not and should not result directly from science," Gentile said. "Scientific research can demonstrate that something can be either beneficial or harmful, but that does not immediately mean that the law should either require it or not require it of people. Other aspects need to be considered before good public policy can be created. They include legal issues, such as legal precedents; political realities of whether it can actually be accomplished at a given time, and personal values.

"The court is the expert on the law, but they're not scientific experts on this topic," he continued. "Therefore, our responsibility is to help the court by providing our expert summary of the science so that the justices can use it as one part of the larger puzzle they will be examining."

This graphic illustrates the relation of scientific information to public policy and appeared in the book by Anderson, Gentile and Katherine Buckley titled "Violent Video Game Effects on Children and Adolescents."

Anderson points out that even while he served as an expert witness on prior violent video game court cases, he limited his comments to scientific facts. "We do not allow our personal values and political beliefs to intrude upon our scientific expertise," he said.

In addition to the research documented in the forthcoming book chapter, the amicus brief highlights these research findings from Iowa State researchers, among others:

Anderson and Gentile suspect that the use of their research in such a high profile case will generate response from among their harshest critics.

"Although there are a few individuals with some scientific credentials who claim that the research is inconclusive, virtually all reputable experts in this area agree that violent video games are one risk factor for aggression," said Anderson, who will give a presentation titled "Grant Theft Adolescence? Do Video Games Harm Teenagers?," on Sunday, Oct. 3, at the American Psychological Association meeting in San Francisco.

They're also concerned that if the Supreme Court rules against the California petitioners, parents will incorrectly interpret the ruling as a verdict against the science on violent video games rather than a verdict for the First Amendment.

"Regardless of the outcome of the Supreme Court case, the media violence scholars hope that the public attention paid to this issue will help convince parents that this is something that they need to take action on in their own households," Anderson said.

"Research also demonstrates that when parents are involved in their children's media choices, that's a powerful protective factor for kids," added Gentile, who will present at a conference on academic lessons from video game learning at Fordham University in New York City Oct. 7-10.

There have also been amicus briefs filed on behalf of 11 states, the Eagle Forum Education and Legal Defense Fund and Common Sense Media in support of the petitioner. There was also a brief filed in support of the respondents by several leading organizations representing various entertainment industries. 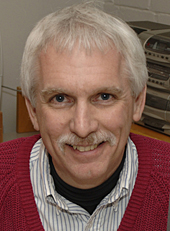 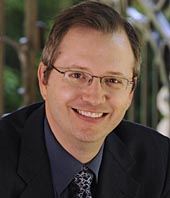 When the U.S. Supreme Court hears a case this fall brought by the State of California vs. the video game industry concerning a proposed law to prohibit the sale of violent video games to minors without parental consent, the justices will likely consider research by Iowa State University psychologists -- including Craig Anderson and Douglas Gentile.

"The court is the expert on the law, but they're not scientific experts on this topic. Therefore, our responsibility is to help the court by providing our expert summary of the science so that the justices can use it as one part of the larger puzzle they will be examining."