AMES, Iowa -- Nathan Sumsion, senior game designer at Avalanche-Disney Interactive Studios, will be at Iowa State University to speak about video game designing and judge the ISU Game Development Competition. His talk, "Spelling it Out: The Communication Roles of a Game Designer," will be at 7 p.m. Wednesday, April 20, in the Memorial Union Great Hall. It is free and open to the public. The winners of the game development competition will be announced immediately following Sumsion's presentation.

Sumsion has more than 10 years of experience designing video games. He has been at Disney Interactive Studios in Salt Lake City for six years, and was senior designer on "Toy Story 3" for Xbox 360, PlayStation 3 and Wii; and on "Meet the Robinsons" for PlayStation 2, GameCube, Wii and Xbox 360. As senior designer, he coordinates with the design team on all game mechanics, storyline, world planning and content creation.

In his presentation, Sumsion will talk about the different needs of each group and effective ways to address those needs to successfully design, develop, market, sell and play video games.

Sumsion's talk is cosponsored by the Motorola Foundation, the College of Design, the Department of Computer Science and the Committee on Lectures, which is funded by the Government of the Student Body. More information on ISU lectures is available at http://www.lectures.iastate.edu, or by calling 515-294-9935.

With a $50,000 grant from the Motorola Foundation, ISU's College of Design and Department of Computer Science have hosted a two-semester game development competition for ISU students (http://www.cs.iastate.edu/~cjohnson/gamecomp/index.php). The competition was open to students majoring in design, technology, communication and business disciplines. Each team was asked to work as a startup game development company, drawing on their experiences in areas such as art, psychology, marketing, programming and project management to build and sell games.

Judging takes place on the afternoon of Wednesday, April 20. In addition to Sumsion, the judges are Andres Reinot, 8Monkey Labs, Cedar Falls ("Darkest of Days" developers); and Brian Mennecke, ISU associate professor of supply chain and information systems. The teams will be judged on their prowess in art and aesthetics, technical merit and business. Each team entered a game in one of three categories -- PC/Console, Mobile/Browser and Serious (educational or training). First- ($10,000), second- ($2,500) and third-place ($1,000) prizes will be awarded in each of the three game categories.

Also on April 20, the public can walk through an exhibition of the games, try out the games, vote for their favorite and interact with the teams. The public exhibition will be from 10 a.m. to noon and from 1-3 p.m. in the Great Hall. Popular votes will be tallied together with those cast on April 16 at the VEISHEA Showcase. The top-two vote getters will be awarded $2,000 and $1,000 in addition to any other awards from the official competition. More information is online at http://www.cs.iastate.edu/~cjohnson/gamecomp/exhibition.php .

"Spelling it Out: The Communication Roles of a Game Designer"
Nathan Sumsion
7 p.m. Wednesday, April 20
Memorial Union Great Hall
Free and open to the public 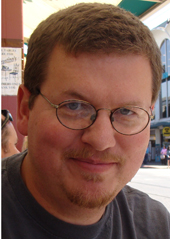 "Communicating your design ideas is fundamentally one of the most important roles of the game designer."