AMES, Iowa - Iowa State University alumnus Ken Smith, the landscape architect behind both the Museum of Modern Art Roof Garden in New York and the redesign of Nollen Plaza in Des Moines, is the recipient of the 2011 Christian Petersen Design Award presented by the ISU College of Design.

Established in 1980, the award is given annually to alumni, staff and friends of the university for distinguished work that advances the design and art professions. It is named for the noted artist who was Iowa State's sculptor-in-residence from 1934 to 1955.

Smith, a Waukee native who lives in New York City, will be honored in a ceremony Monday, Aug. 22, in the College of Design's King Pavilion. A reception will be from 6 to 8 p.m., with the award presentation at 6:45 p.m.

"Ken Smith's work is much more than an example of practice at the highest level possible; it is a deliberate exploration of the role of design in shaping the future of culture and society in general," said College of Design Dean Luis Rico-Gutierrez. "We are pleased to recognize Ken's professional leadership in this regard."

Trained in both design and the fine arts, Smith examines the relationship between art, contemporary culture and landscape in projects throughout the United States and around the world. He is the founder and principal of Workshop: Ken Smith Landscape Architect, with offices in New York and Irvine, Calif. The firm specializes in new expressions of landscape design through "projects that explore the symbolic content and expressive power of landscape as an art form."

Smith's work ranges from small residential gardens and urban pocket parks to public art commissions, urban development and multiuse projects, waterfront planning and design, and modern landscape restoration. He is known for inventive and imaginative gardens and landscapes, some of which use little or no natural vegetation. 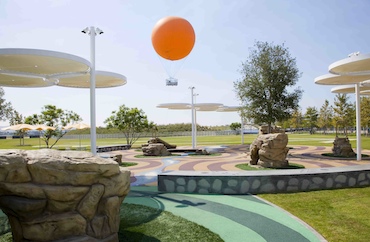 In all of his work, Smith is committed to creating landscapes that improve the quality of urban life.

"Even though I grew up on a farm, it was clear to me early in my career that one of the ways you could be an environmentalist and help preserve open space was by making cities more livable as dense urban areas to reduce urban sprawl," Smith said.

"My generation has been largely dealing with recovery of abandoned spaces within older urban areas - old waterfront sites or industrial areas that are being converted to new urban uses," he said. "It's something I keep coming back to: how you take existing infrastructure and transform it into something else."

An example is the East River Waterfront Esplanade, a collaboration with SHoP Architects to revitalize a two-mile stretch of shoreline property in Lower Manhattan. The esplanade features new plantings and trees, a variety of seating, game tables, and a dog park, all with sweeping views across the East River and New York Harbor. The first completed section opened in July.

"I remember when Nollen Plaza opened. I was fresh out of Iowa State and living in Des Moines, and it was a really great place at that time, but the city has changed around it. It's a different city now and Nollen Plaza needs to be updated," he said.

"We identified what should be preserved (like the grove of trees and the Claes Oldenberg umbrella sculpture) and focused on those things that should be corrected. We're going to create a much flatter, more accessible and flexible space for different kinds of uses, with a better balance between the hardscape and softscape."

Smith received a Bachelor of Science in landscape architecture from Iowa State in 1976 and a Master of Landscape Architecture from Harvard University Graduate School of Design in 1986. Prior to founding his own practice in 1992, he worked with the Iowa State Conservation Commission, Massachusetts Department of Environmental Management, Office of Peter Walker and Martha Schwartz, and Martha Schwartz Ken Smith David Meyer Inc.

Smith's many honors include several national awards from the American Society of Landscape Architects, the American Planning Association and the American Institute of Architects; a National Park Service Site Design Merit Award, a P/A Design Award, a Rudy Bruner Award for Urban Excellence Silver Medal, and three Excellence in Design Awards from the New York City Public Design Commission. He received the Design Achievement Award from the ISU College of Design in 2002.

Smith has taught and lectured at Harvard, the City College of New York, and other universities and institutions around the world. His work has been published widely in the popular and trade press, and his monograph of nearly 20 projects, "Ken Smith Landscape Architect" (Monacelli Press, 2009), received a 2010 ASLA Communications Honor Award. He serves on the board of the Architectural League of New York.

Iowa State University alumnus Ken Smith, the landscape architect behind both the Museum of Modern Art Roof Garden in New York and the redesign of Nollen Plaza in Des Moines, is the recipient of the 2011 Christian Petersen Design Award presented by the ISU College of Design. 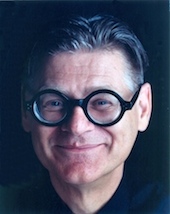 "Even though I grew up on a farm, it was clear to me early in my career that one of the ways you could be an environmentalist and help preserve open space was by making cities more livable as dense urban areas to reduce urban sprawl."