AMES, Iowa - With farm land prices reaching record levels, right now would seem to be a bad time to choose farming as a profession.

With demand for agricultural products higher than ever and a growing national trend toward local foods, right now would seem to be a great time to choose farming as a profession.

"The high prices we have right now for land are at record levels," said Duffy, who also directs ISU's annual Land Value Survey, which he will present Wednesday.

"Currently, the incomes are good and the fundamentals are solid," he added. "We also have record low interest rates, so it's pretty easy to understand why prices are where they are."

Duffy concedes that a young farmer trying to buy a few hundred acres to farm for a living will have a very tough time.

"(Young farmers) just aren't going to make it under those conditions," Duffy said. "They can make money, but not a living.

"And they sure aren't going to make a living raising cheap bulk commodities like corn and beans competing against a farmer with 2,000 acres."

Instead, Duffy suggests that young farmers explore new ways to make money, like producing vegetables for sale to local restaurants or using the Internet to market products, producing high quality or organic produce, or any other of a number of ways to make money farming.

"I know one young farmer who has 120 acres where he is growing hay," said Duffy. "He listed his hay on Craig's List and got a call from a rancher in Texas who said, 'I'll take all you got and I'll come up and get it.' Those are the opportunities that we didn't have 20 years ago.

"It is a better time than ever to sell beyond the elevator. Because of that, this is as good a time to get into farming as there ever has been."

If young people do want to concentrate on row-crop agriculture, there are other ways to begin than by having to purchase huge amounts of land at the current high prices.

"If you want to get into agriculture, you may have to start out as a hired hand on someone else's farm just to generate the needed capital," he said. "You may need to have some animals to help you generate income. You need to find a way to get your foot in the door."

While the entry price to become a farmer is high, Duffy says it is the same as other businesses.

"If some young person wanted to start their own hardware store, for instance, they couldn't do it," Duffy said. "They would have to work for at a hardware store and get some experience and some training and some understanding of the business. Then they may be able to open a store - and with a lot of debt, too."

Many young farmers are getting their foot in the door by marketing themselves to established farmers who may need help. Once the young farmers gain experience, they may try to work to buy the land on contract.

"I talk to farmer groups all the time," said Duffy. "And I ask them to think about the people who have given you a break when you were starting out," he said. "And if they say that no one ever gave them a break, I tell them to think again. Lots of these established farmers want to help young farmers. They want to keep young people in their towns. They want to keep their towns from dying. They don't need to give the young farmers money, just some help getting started."

Duffy says that starting a career in farming has always been difficult and that some people tend to believe that things were always better in the past. But that's not always true, he says, for anyone, including young farmers.

"The good old days were generally good for people who didn't live in them," he said. 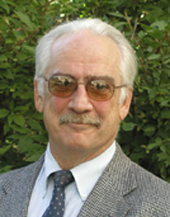 The good old days were generally good for people who didn't live in them.