AMES, Iowa - An Iowa State University research team is collaborating with scientists at the Samuel Roberts Nobel Foundation and also with scientists in Japan to develop an international partnership to help make strides in the technologies needed towards a low-carbon society.

The research will look at the chemistry of basic processes in plants and how those functions can be better known and used.

"We are trying to better understand the biology (of plants) and make it a more predictable science in terms of predicting positive attributes," said Basil Nikolau, professor of biochemistry, biophysics and molecular biology. "With that information, we can manipulate (plants) to do anything you want."

One of the targets of the research is to allow scientists to alter plants so they produce more or better oils, or lipids. These molecules are more efficient in storing energy than starch molecules.

"Every biological organism stores energy," said Nikolau. "We want to make new ways of storing energy. And the most efficient way to store that energy is to make oils or lipids.

"We are focusing on lipid metabolism, one of the major products that come out of plants."

Nikolau says that the research will "help us, as a society, to get away from using fossil carbon as a way of generating energy and chemicals." If researchers can "capture more of the sun's energy" and turn it into more useable forms (such as bio-based chemical and energy), we will be getting closer to a low-carbon society.

Nikolau's research falls into the emerging field of metabolomics, which studies the chemistry of plant growth, development, and reproduction of molecules and how to use those functions to manipulate biological functions, particularly those based on metabolism.

If the metabolomics of making oil can be better understood, it could be more efficiently altered, Nikolau says, and plants can be used to make more valuable oil.

This could then lead to more efficient biofuels and better, more cost-effective biochemicals, which have higher value than biofuels. In addition, this program will allow great opportunities for young Iowa scientists to gain international exposure in their education and training, which will broaden the individual's capacity to conceive and conduct competitive research.

Researchers at Iowa State will collaborate with the research leader on this project, Lloyd W. Sumner of the Samuel Roberts Nobel Foundation, Ardmore, Okla.; and Kazuki Saito of the RIKEN Plant Science Center, Yokohama, Japan. 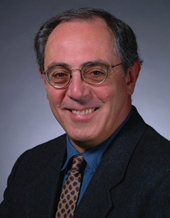 We are trying to better understand the biology (of plants) and make it a more predictable science in terms of predicting positive attributes. With that information, we can manipulate (plants) to do anything you want.