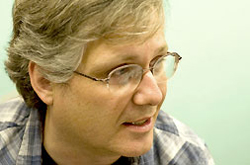 AMES, Iowa -- Comics artist and author Scott McCloud will discuss the medium and art of comics during a talk at Iowa State University on Thursday, Jan. 27. His talk, "Comics: An Art Form in Transition," will be at 8 p.m. in the Memorial Union Great Hall. It is Iowa State's annual Goldtrap Lecture, and is free and open to the public.

Since creating "Zot!" in the 1980s, McCloud has become well known for his print and web comics. His 2008 comic book "Google Chrome"-- which explained the inner working of Google's new open source browser in comic book form -- became a Web phenomenon described by The New York Times as "akin to hiring Paul McCartney to write a jingle."

McCloud is also recognized for his theoretical work on how comics function as a form of visual communication. In his massive comic book about comics, "Understanding Comics," McCloud bridged the divide between high and low culture, connecting comics to media theory, web design and movie criticism. The breakthrough book was named a 1994 New York Times Notable Book and translated into more than 16 languages. He also is the author of "Reinventing Comics" (2000), a description of 12 revolutions in how comics are generated, read and perceived; and "Making Comics" (2006), an analysis of the art form that also explores how comics are created.

McCloud's theories have been influential in game, web and interface design. He has lectured on comics and digital media at Google, Pixar, Microsoft, Adobe Systems, MIT, Princeton University and the Smithsonian Institution. And he has served as a consultant to several prominent clients, including The National Cancer Institute, The Defense Advanced Research Projects Agency and The Xerox Palo Alto Research Center.

McCloud's presentation is cosponsored by the colleges of Design and Liberal Arts and Sciences, the English department, the Goldtrap Fund, the Society for Technical Communication and the Committee on Lectures, which is funded by the Government of the Student Body. More information on ISU lectures is available at http://www.lectures.iastate.edu, or by calling 515-294-9935.

"Comics: An Art Form in Transition" 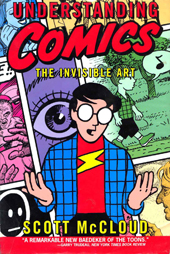