AMES, Iowa - Returning veterans who want to pursue farming and agricultural careers will find a growing resource in Iowa through a new, nationwide program.

The Beginning Farmer Center, part of Iowa State University's Extension and Outreach program, has worked to match potential farmers with retiring farmers since 1994.

Now the center is beginning to work with the new, national California-based Farmer Veteran Coalition that works with Iraq and Afghanistan war veterans who want a career in agriculture. The coalition then matches them with farmers who are transitioning out of the field.

David Baker, farm transition specialist for the Beginning Farmer Center, has matched veterans with farmers before, but this is the first time that he has worked with a group that is specifically targeting the group.

"If I see a chance to help those who have worked so hard for us, then I'm going to do that," said Baker.

Baker, a veteran of six years in the Air Force, knows that transitioning to civilian life has challenges.

"The next generation is very important to me and the communities I work with," he said.

The Farmer Veteran Coalition is in the beginning stages of collecting names of veterans and farmers.

Baker thinks the center can help the coalition with some of the infrastructure and processes that it takes to be successful.

"We are offering to help the coalition design its own database, or possibly use us as central administrator of that database," said Baker of the new working relationship.

Currently, ISU's center already administers a multi-state database that they use for all farmers. Baker says that they may have to begin a separate listing for future farmers who are veterans, but that would be an easy adjustment.

"We think we can assist them with a nationwide matching system," said Baker. "Iowa's system is probably the most active in the country. In fact, other states have copied what we are doing."

Iowa has names of almost 500 potential farmers from around the country and the world who are hoping to get matched with an established farmer.

Baker says that if they start to manage a national database for veterans, that number may increase quickly and dramatically.

Since 10 percent of the Beginning Farmer Center's current placements are veterans, Baker says the group is a good fit for a life in agriculture.

"There's no doubt that they are among the most highly disciplined people out there, and the hardest working. I know they are not afraid to get their hands dirty." 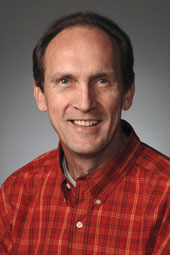