AMES, Iowa -- An observance at Iowa State University will honor four former students who served and died in military service -- one from Afghanistan and three from the Korean War. Their names are being engraved on the walls of the Gold Star Hall, the war memorial in the university's Memorial Union. And their lives will be remembered at a ceremony at Iowa State, Thursday. Nov. 10.

One was an airman from Ottumwa, Joseph John Hamski, who died May 26 in Afghanistan.

Former students are eligible for name placement in Gold Star Hall if they graduated from or attended Iowa State full time for one or more semesters, and died while in military service in a war zone. As names become known, they are added to the wall and the soldiers are remembered in the Gold Star Hall Ceremony.

Hamski was born April 30, 1983, in Milwaukee, Wis. to Mary Ellen and John Hamski. He was the third of four children. As a young boy, he spent time with his dad in the YMCA Indian Guide program. He enjoyed making pinewood derby cars, weekend camping, fishing and canoeing. And he loved video games.

In middle school, his short film won a state-level video competition and competed in the national contest. With friends, he participated in Odyssey of the Mind, entering the Invention Convention with his "No-Slip Slipper," a precursor to today's popular Yaktrax® snow and ice traction grips for shoes.

During high school, Hamski, a member of the National Honor Society, developed his talents in music, art and writing. He played in the concert and jazz bands, and submitted poetry for the school Chautauqua magazine. He liked to draw anime-style characters like those depicted in his collection of books, movies and comics. And while working at the local theater, he developed his love of movies.

Hamski graduated from Ottumwa High School in May 2001, and followed his older sister to Iowa State to study computer programming. He continued playing trumpet and enjoyed concert band. But after two semesters, he decided college wasn't right for him. In August 2002, he enlisted in the Air Force. 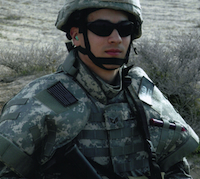 "I vividly remember the night I dropped him at the Des Moines hotel where he would be picked up the next morning to go to basic training," his mother told ISU's Svec. "Saying goodbye to my 19-year-old kid was so hard. When we went to his graduation from basic training, I was greeted by a man, not the boy I had left in Des Moines. I knew in my heart that he had finally found where he belonged."

Hamski worked as an explosives and demolitions engineer -- one of the most dangerous jobs in the military. And he trained others how to detect and deactivate bombs. During his 10-year career in the Air Force, he was assigned at Elgin Air Force Base, Florida; Cannon Air Force Base, New Mexico; and Kunsan Air Base, South Korea. 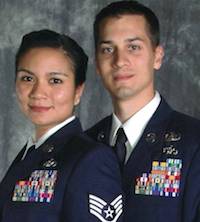 According to an Air Force news story from March 22, 2010, Hamski was part of a team of explosive ordinance disposal (EOD) specialists who trained Kyrgyz army EOD technicians. The two militaries cooperated because both have humanitarian missions removing mines and other explosive devices, according to Army Lt. Col. Frank Davis. He added that many border areas and valleys are mined, risking the safety of civilians. 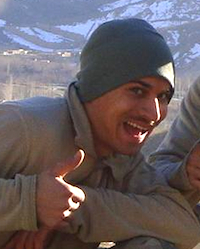 Despite the extreme peril inherent in his work, Hamski survived two tours in Iraq and one in Afghanistan. During his second tour, he told his mother, "I just do my job so that everyone else can do their job. Doesn't matter if it's the military or the little guy selling stuff from a cart on the side of the road."

Hamski was killed on May 26, 2011, in the Shorabak district of Kandahar province in Afghanistan. He died from wounds suffered when enemy forces attacked their unit with a makeshift bomb. He was 28 years old, and an Air Force Staff Sgt. with the 52nd Civil Engineer Squadron, Spangdahlem Air Base, Germany. He was buried in Ottumwa. 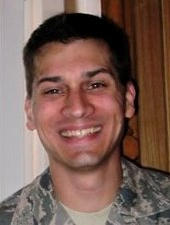 "I just do my job so that everyone else can do their job. Doesn't matter if it's the military or the little guy selling stuff from a cart on the side of the road."

Joseph Hamski, in a letter to his mother
Loading...