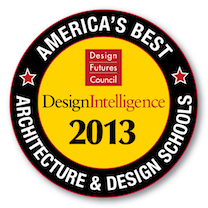 DesignIntelligence is a bimonthly publication for leaders in design professions. The magazine’s annual report, "America’s Best Architecture and Design Schools," is the only national college ranking survey that focuses exclusively on design. Rankings cover accredited programs in architecture, industrial design, interior design and landscape architecture. Published in the November-December issue of DesignIntelligence, the 13th annual survey was conducted in mid-2012 on behalf of the Design Futures Council.

In addition, Heidi Hohmann, associate professor of landscape architecture, was named one of the 30 most admired design educators in the nation for 2013 (see sidebar).

“These rankings reflect the hard work of our faculty and staff, and the dedication of our students to meet tomorrow’s design challenges,” said Jonathan Wickert, Iowa State’s senior vice president and provost. “I am particularly pleased that both our undergraduate and graduate programs were ranked highly, and that employers continue to place great value on our students.”

The DesignIntelligence survey ranks programs from the perspective of leading practitioners. The publication contacted leaders in more than 300 professional firms and organizations who have direct experience with the hiring and performance of recent graduates. They were asked the following question: In your firm's hiring experience in the past five years, which schools are best preparing students for success in the profession? 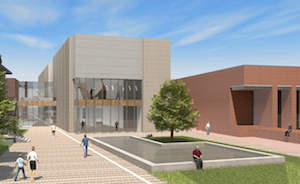 "It's a tremendous tribute to our architecture department that firms nationwide consider ISU architecture graduates to be the top recruits from the entire Midwestern region," said College of Design Dean Luis Rico-Gutierrez.

Iowa State's program also was No. 1 when ranked only by participating Midwestern firms. According to DesignIntelligence, it is not uncommon for firms to prefer recruiting from outside their own geographic regions. 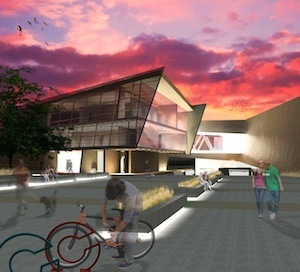 "This is not the case for the Midwest," Rico-Gutierrez said. "Midwestern firms selected Iowa State as their school of first choice when hiring architecture graduates. They don't feel like they have to go to one of the coasts to hire."

For the first time since the survey began, Iowa State's graduate architecture program ranked in the top 20 in the U.S., tying for 18th with Virginia Polytechnic Institute and State University. Harvard, Columbia and Yale universities were rated the top three graduate programs, respectively.

Iowa State's architecture program has 312 undergraduate and 53 graduate students enrolled in the accredited degree programs, and 35 full- and part-time faculty. 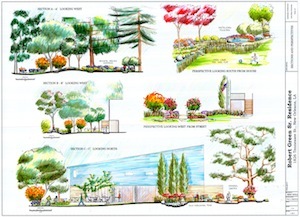 In the DesignIntelligence survey of landscape architecture students from Iowa State, 95 percent said they "believe they'll be well prepared for their profession upon graduation." When asked how they grade the quality of their program overall, 51 percent said "excellent," and 46 percent said "above average."

The landscape architecture department has 145 undergraduate majors and 12.5 full- and part-time faculty. 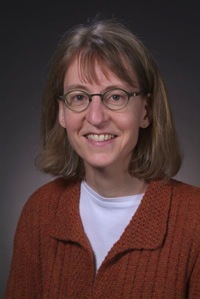 Each year, DesignIntelligence honors excellence in education and education administration by naming 30 exemplary professionals in these fields. The 2013 class of education role models includes Heidi Hohmann, an Iowa State University associate professor of landscape architecture. The top 30 were selected by the publication's staff based on extensive input from thousands of design professionals, academic department heads and students. Educators from the disciplines of architecture, industrial design, interior design and landscape architecture are considered for inclusion.

In the citation about Hohmann, DesignIntelligence writes:

"Known by students to be one of the strictest professors, Hohmann is also one of the very favorite teachers on campus. With an incredible wealth of knowledge about the history of design she is also a creative designer of landscapes. Her reviews for final projects are always meaningful with lasting value. She doesn't sugarcoat anything but always gives a profound educational experience."

"I am delighted that our alumni have recognized Professor Hohmann for this well-deserved honor," said Douglas Johnston, interim chair of landscape architecture. "Heidi is a highly respected educator and colleague. She is insightful (and yes, direct) in her analysis.  She is extraordinarily passionate and committed to the education of our students and to the program."

Hohmann earned her bachelor's degree in molecular biophysics and biochemistry at Yale and her master of landscape architecture at Harvard Graduate School of Design. She came to Iowa State from private practice as an urban designer.