Neuroscientist will link exercise to academic and career success in ISU talk Nov. 29

AMES, Iowa -- One of the founders of the field of developmental cognitive neuroscience will speak about the connection between physical activity and success during a lecture at Iowa State University on Nov. 29.

Adele Diamond is one of the world's leading researchers on the brain's cognitive functions. Her talk, "Exercise for Success in School and Career," will be at 8 p.m. Thursday, Nov. 29, in the Memorial Union Great Hall. Diamond is the 2012-13 Pease Family Scholar in Iowa State's Department of Kinesiology. Her talk is part of the university's Women in STEM Series, and is free and open to the public.

Diamond holds the Canada Research Chair Tier 1 Professorship in Developmental Cognitive Neuroscience at the University of British Columbia, Vancouver. She studies the part of the brain that controls core mental processes important for problem solving, negotiation and reasoning —collectively called executive functions. Diamond and her research team were the first to demonstrate a strong link between early cognitive development and brain function in infants.

During her lecture at Iowa State, she will discuss the social, emotional and cognitive aspects of physical activity and their importance to professional success.

On the NPR show, "On Being with Krista Tippet," Diamond pointed out there is a reason dance, play, storytelling, art and music have always been part of human life and remain prevalent in every culture. She has suggested that the dearth of these in many North American children’s experience today may be one reason their executive functions are worse now than in the past.

Diamond's lecture is cosponsored by the Department of Kinesiology, the Pease Family Scholar-in-Residence and Scholarship, and the Committee on Lectures, which is funded by the Government of the Student Body. More information on ISU lectures is available online at http://www.lectures.iastate.edu, or by calling 515-294-9935. 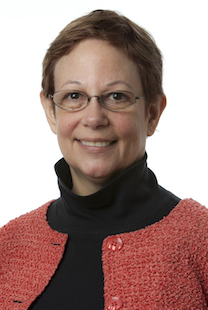 Women in STEM Series
Free and open to the public