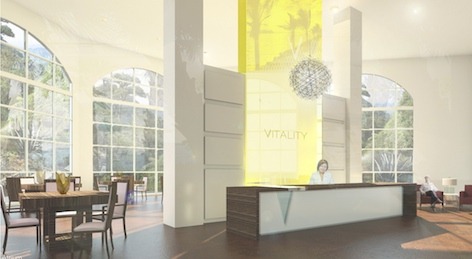 Erica Riha, Cresco, and Ashley Olson, Mount Pleasant, created their project, "Vitality Assisted Living Facility," last spring in the department's healthcare design studio for juniors. They were required to design an assisted living and memory care facility located in Panama Pacifico, a new city being developed in Panama on the grounds of the former Howard Air Force Base in the old Panama Canal Zone.

According to Lee Cagley, professor and chair of interior design at Iowa State, the unique development is one of only 16 worldwide designated by the Clinton Climate Initiative as being "climate positive," meaning it contributes more to the environment than it takes away.

"The students had to work with sustainable materials and techniques. And they had to produce concept models, renderings, construction documents, specifications, and even a fully complete budget," said Cagley, who taught the studio with senior lecturer Amy Mikovec and lecturer Lisa Bates.

"For our students, it was also an exercise in designing and producing spaces that cross continental boundaries and cultures, and meet the needs of a community of residents as they age," he said.

The strenuous project paid off for the two Iowa State students — each won an engraved iPad and a student membership to IIDA.

IIDA is a professional networking and educational association of 13,000 members in 10 specialty practice forums and 31 chapters around the world. 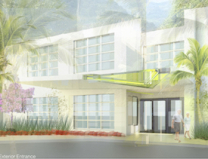 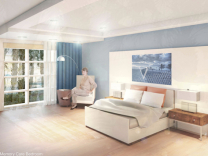