AMES, Iowa - An accomplished San Francisco designer of public landscapes will present the 2012 P.H Elwood Lecture in Landscape Architecture at Iowa State University. Chris Guillard will speak on "P.S.T. Places-Systems-Things" at 5:30 p.m. Friday, April 27, in the Kocimski Auditorium, College of Design. His presentation is free and open to the public.

Guillard is a founding partner of CMG (Conger Moss Guillard) Landscape Architecture. His work and research focus on the value of public open space and urban landscapes that integrate multiple functions into communities. He is known for designing landscapes of all types and scales. In addition, this firm participates in design competitions and partners with planners, architects, engineers, community members, activists, educators and artists on a regular basis. They are well known for their diverse and extensive experience in both the public and the private sector.

During his talk, Guillard will share three persistent threads that guide his work, using CMG's critical practice to explore the distinction between innovation and evolution in design. His projects include the Facebook Campus, California Academy of Sciences East and West Gardens, Ohlone Newark Center Community College, Panhandle Bandshell and Treasure Island Redevelopment, stormwater and open-space planning.

Guillard serves on the board of the Neighborhood Parks Council, a San Francisco-based nonprofit organization that advocates for superior, equitable and sustainable park and recreation systems. In 2004, he was a visiting professor at the University of California-Davis College of Design.

In 2000, he received the outstanding alumni award from the College of Architecture and Urban Studies at Virginia Tech, where he earned a Bachelor of Landscape Architecture with honors in 1994.

The P.H. Elwood Lecture Series in Landscape Architecture was established in 1997 to honor the legacy of professor Philip H. Elwood, who is credited with developing the ISU Department of Landscape Architecture. The lecture series brings renowned practitioners to the Iowa State campus as guest lecturers each year. This year's lecture is cosponsored by landscape architecture, the College of Design, and the Committee on Lectures, which is funded by the Government of the Student Body

Guillard's lecture will be followed by a reception in the college's Lightfoot Forum. The reception is free and open to the public.
-30- 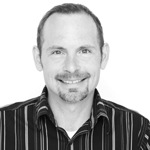