James Hollis, an Iowa State assistant professor of food science and human nutrition (FSHN); and Yong Zhu, an FSHN doctoral research assistant, will present results from their research on Saturday, April 21, at the Experimental Biology 2012 Conference in San Diego, Calif.

The researchers studied 20 Iowa State students who were given a metronome and told to chew every time it ticked, with half chewing 15 times and the other half 40 times. Researchers monitored the subjects' appetite and took blood samples to study plasma glucose levels and hormones.

Those who chewed more ate less.

"When people chewed the pizza 40 times before swallowing, there was a reduction in hunger, preoccupation with food and a desire to eat," said Hollis, who is also a researcher in Iowa State's Nutrition and Wellness Research Center. "There was an increase in CCK, which is a hormone related to fullness and satiety. And there was a reduction in ghrelin, another hormone that stimulates the brain to increase appetite."

Hollis had published an earlier paper on chewing nuts. That research also found that subjects who chewed more reduced their appetite, but they also increased the amount of lipids absorbed from the nuts.

"So while you get a reduced appetite, you also absorb more energy from the nuts," he said. "It's not clear which is more beneficial -- the reduced appetite, or whether it's outweighed by the increased absorption of lipids and fat."

He found similar results in the new study, noting that plasma glucose and insulin levels were higher among the subjects who chewed the pizza 40 times.

"And the reason, I think, is that the increased mastication breaks down the food more thoroughly in the mouth, and this really facilitates nutrient absorption," Hollis said. "That means you're getting more glucose and carbohydrates into the blood stream, which requires a larger insulin response to maintain plasma glucose levels."

The researchers also learned that participants didn't like chewing food more than they had to. Hollis says that may have also been a contribution to appetite suppression.

"They [subjects] found it quite uncomfortable and not a pleasant sensation to be chewing foods after you've gotten that signal to swallow," he said. "So it may be that mastication only indirectly affects appetite. It might be the change in the characteristics of the swallowed food that may be having an impact too."

Hollis says that there are future plans to isolate mastication and determine its exclusive effect on appetite. 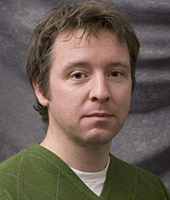