AMES, Iowa -- Entrepreneur, investment banker and filmmaker Valerie Red-Horse will speak at Iowa State University on Thursday, March 22. "Challenging the Status Quo for Native American Women: Stories from a Career in Film, Finance and Philanthropy," will be at 7 p.m. in the Memorial Union Sun Room. The presentation, which is part of Iowa State's Women's Leadership Series, is free and open to the public.

Red-Horse, who is of Cherokee ancestry, has raised or assisted in raising more than $2 billion in financing for American Indian Tribal Projects. She also founded two female Native American-owned investment banks on Wall Street, one of which is believed to be the first ever.

Perhaps best known for her production of the PBS documentary, "True Whispers: The Story of Navajo Code Talkers," Red-Horse founded and owns Red-Horse Native Productions, which collaborates with tribal nations to bring Native stories accurately and respectfully to the screen. She also established the nonprofit Hollywood Access Program for Natives, as well as the Bel Air Presbyterian Dance Ministry, serving women in rehabilitation in downtown Los Angeles.

This lecture is cosponsored by the American Indian Studies, Carrie Chapman Catt Center for Women and Politics, Center for American Intercultural Studies, Center for Distance and Online Learning, LAS Miller Lecture Fund, University Committee on Diversity, Women and Gender Studies Program, Women's Leadership Consortium, and the Committee on Lectures, which is funded by the Government of the Student Body. More information on ISU lectures is available at http://www.lectures.iastate.edu, or by calling 515-294-9935. 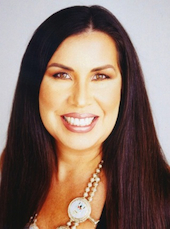 "Challenging the Status Quo for Native American Women: Stories from a Career in Film, Finance and Philanthropy"