AMES, Iowa -- W. Kamau Bell, who hosts the FX hit series "Totally Biased," will present a comedic, topical exploration of the current state of America's racism in a talk at Iowa State University.

Bell's one-man show, "Ending Racism in About an Hour," will be at 8 p.m. Monday, March 4, in the Memorial Union Great Hall. It is free and open to the public.

One of the fastest rising socio-political comics in the United States, Bell is a San Francisco-based stand-up and founding member of the comedy collective, "Laughter Against the Machine." On "Totally Biased," which Chris Rock executive produces, Bell is known for comedic Power Point monologues that include observational comedy on current events.

Punchline Magazine praised Bell as “one of our nation’s most adept racial commentators with a blistering wit.” His recent stand-up album, "Face Full of Flour," was named one of the Top 10 Best Comedy Albums of 2010 by iTunes and Punchline Magazine.

Bell's presentation is co-sponsored by the Black Graduate Student Association; Latino Graduate Student Association; Lesbian, Gay, Bisexual, Transgender Ally Alliance; Student Union Board; and the Committee on Lectures, which is funded by the Government of the Student Body. More information on ISU lectures is available online at http://www.lectures.iastate.edu, or by calling 515-294-9935. 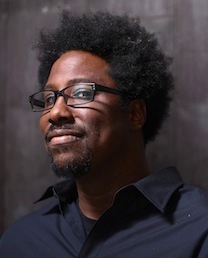 "Ending Racism in About an Hour" - W. Kamau Bell

“... one of our nation’s most adept racial commentators with a blistering wit.”