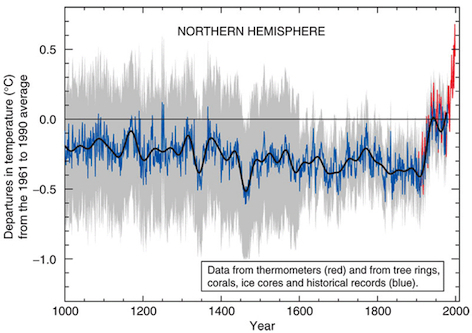 AMES, Iowa -- A climate scientist at the center of global warming research and subsequent political backlash will speak at Iowa State University.

Michael E. Mann's talk, "The Hockey Stick and the Climate Wars," will be at 8 p.m. Thursday, March 7, in the Memorial Union Great Hall. The lecture is part of the university's National Affairs Series. It is free and open to the public. 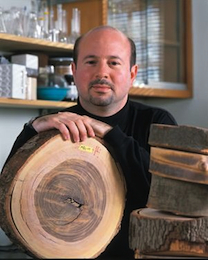 Mann is director of the Penn State Earth System Science Center. He is a member of the Intergovernmental Panel on Climate Change, which won the 2007 Nobel Peace Prize.

In 2001, Mann's "Hockey Stick" graph achieved prominence in a United Nations report on climate change. The graph was a powerful visual presentation of scientific data that shows global temperatures rose simultaneously with increased industrialization and fossil fuel use. Although the data was never in question, some viewed the graph as a threat against the fossil fuel industry. It became a central icon in the continuing attack on climate science in the United States.

In his 2012 book, "The Hockey Stick and the Climate Wars: Dispatches from the Front Lines," Mann discusses the science and politics behind the ongoing controversy over global warming. The book concludes with the real story of the 2009 "Climategate" scandal, in which the emails of climate scientists were hacked.

Mann holds joint appointments in Penn State's departments of Meteorology and Geosciences and the Earth and Environmental Systems Institute. He is co-author of "Dire Predictions: Understanding Global Warming," and a co-founder and avid contributor to the award-winning science website, www.RealClimate.org. In 2012, he was awarded the Hans Oeschger Medal of the European Geosciences Union, and also inducted as a Fellow of the American Geophysical Union. Scientific American named Mann one of the 50 leading visionaries in science and technology.

Mann's presentation is co-sponsored by the departments of Agronomy and Geological and Atmospheric Sciences, Climate Science Program, College of Liberal Arts and Sciences, LAS Miller Lecture Fund, National Affairs and the Committee on Lectures, which is funded by the Government of the Student Body. More information on ISU lectures is available online at http://www.lectures.iastate.edu, or by calling 515-294-9935.

"The Hockey Stick and the Climate Wars"

Part of the National Affairs Series