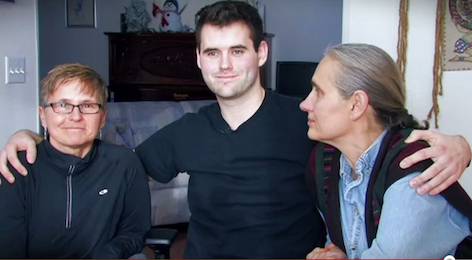 Zach Wahls with his two mothers.

AMES, Iowa -- When Zach Wahls delivered his heartfelt testimony before the Iowa House Judiciary Committee in January 2011, he wasn't expecting to become a leading advocate for marriage equality. But the YouTube video of his passionate plea for "equal and fair treatment" went viral, and the whole country knew Wahls as the 19-year-old son of two lesbian mothers.

Wahls will share his perspective during a talk at Iowa State University. "What Makes a Family?" will be at 7 p.m. Tuesday, April 2, in the Memorial Union Great Hall. It is free and open to the public.

Since his testimony, Wahls — a University of Iowa engineering student from Iowa City — has appeared on the "Ellen DeGeneres Show," "The Daily Show" "The Late Show with David Letterman" and several news programs. And he's written a book: "My Two Moms: Lessons of Love, Strength, and What Makes a Family." It's his story of growing up in Middle America with a two-mom family. As the Eagle Scout told Iowa legislators, "The sexual orientation of my parents has had zero effect on the content of my character.”

"What Makes a Family?" 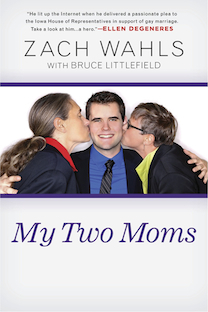