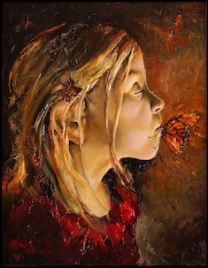 AMES, Iowa -- An alum who has won the International Horror Guild Award for best artist in dark fantasy and horror will speak at Iowa State University.

Jeremy Caniglia's illustrations have graced the covers of more than 50 CDs, and books by Stephen King, Ray Bradbury, Douglas Clegg and Max Brooks. He will present "Graphic Storytellers: Illustrating Horror and Fantasy Books" at 7 p.m. Thursday, April 18, in the College of Design's Kocimski Auditorium. His lecture is free and open to the public.

Caniglia will discuss his artwork, as well as artists throughout the ages who have used graphic storytelling to depict the human condition and build compositions in religious, mythological, allegorical and political narratives.

Caniglia is internationally acclaimed and successful as both a commercial illustrator and a painter, with work in private collections around the world. He has created illustrations for leading fantasy and horror writers, and received the prestigious International Horror Guild Award for best artist in 2004. The first book of his artwork, "As Dead as Leaves—the Art of Caniglia," was published in 2004 and features his surreal paintings and visions from the previous 10 years. A second book, "I Before E Except after Death," was published in 2012. 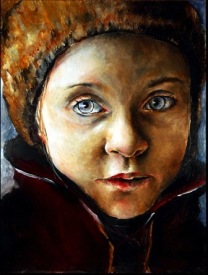 In addition, Caniglia has created movie concept art, snowboard designs and advertising campaigns for major online companies. His work has been exhibited in numerous national and international exhibitions, including 2012’s “At the Edge: Art of the Fantastic” at the Allentown Art Museum in Allentown, Pa., the largest and most comprehensive exhibition of fantasy art to date in the United States."Evening Star"

Caniglia's presentation is co-sponsored by Bachelor of Fine Arts Professional Practices Fund, College of Design Art Club, College of Design Lectures and Exhibits Board and the Committee on Lectures, which is funded by the Government of the Student Body. More information on ISU lectures is available online at http://www.lectures.iastate.edu, or by calling 515-294-9935. 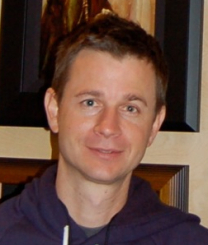