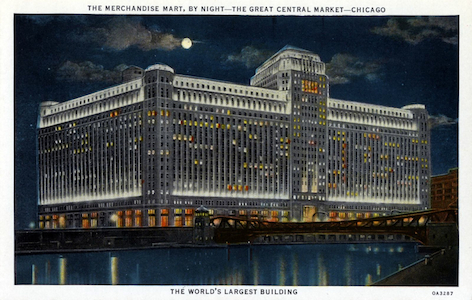 AMES, Iowa -- The Wrigley Building ... the Chicago Tribune Tower ... the Merchandise Mart ... the Rookery. These are among the landmark Chicago skyscrapers that defined the city and inspired a nation during an era of prosperity and progress.

In the years between Chicago's Great Fire of 1871 and the country's Great Depression, Chicago was an epicenter for architecture's modernization and urbanization. And it was a political hotbed of corruption, muckraking, unions and reform.

Those worlds intersect in a new book by Thomas Leslie, Pickard Chilton Professor in Architecture at Iowa State University. "Chicago Skyscrapers, 1871-1934" weaves together the daily struggles, technical breakthroughs and negotiations that produced Chicago's magnificent buildings. The book will be published June 20 by University of Illinois Press and available from online booksellers. 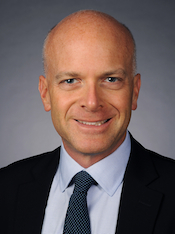 For Leslie, researching the book over a 10-year period was akin to unraveling a whodunit.

He inspected old engineering journals and technical publications. He pored over original construction drawings of 19th century buildings. He examined manufactured parts like cast- and wrought-iron panels and shop drawings for terra cotta panels in the Chicago History Museum archives. He shadowed architects and builders through newspaper stories and photographs. He deciphered the building codes of the day.

"When you see all that, you get such a better understanding of how all these pieces fit together," Leslie said.

"I've tried to look at these buildings as a really complex set of negotiations between economics, technology, politics and codes, which all came together to create a city," Leslie said.

"And it turned out there were amazing stories," he added.

Materials of style or economy?

For example, the Chicago Style was distinguished by the use of steel and plate glass. Steel was used for its ability to help buildings resist wind.  But it was also popular, Leslie said, because it shut out strike-prone bricklayers from much of a building’s construction. The bricklayers’ unions eventually struck back, using their political power to manipulate the city’s building code in their favor.

Leslie also uncovered a new motivation for the popularity of plate glass, which was manufactured in Pittsburgh at the time.

"During Chicago's post-fire reconstruction boom, entrepreneurs moved the plate glass industry to central Indiana," said Leslie, who visited the ruins of the factory and researched it in the local library. "For 10 years, the world center of plate glass production was in Kokomo where it fed Chicago directly."

Because Chicago's plate glass windows were the prototype for the modern skyscraper's glass curtain wall, historians have maintained that the Chicago architects used plate glass intentionally as an expression of the modern.

"In reality, it was just that the glass was cheap because it was manufactured nearby. And, it was the easiest way to light the interiors of these buildings," he said.

The Methodists versus the Chicago Tribune

Leslie also relates the story of a fight between a Methodist congregation and the Chicago Tribune that occurred during a mayoral election and changed the city's building code.

The Tribune and the Methodists were both constructing buildings downtown in 1921. The congregation's building was significantly higher than the code's height limit. The Methodists argued they could do so because 'we're a church and the building has a spire.'

"But actually, the building has a sanctuary topped by 20 floors of commercial space and a spire," Leslie said. "The Chicago Tribune looked across the river and cried foul, saying 'that's not a church, it's a commercial tower.'"

The clash became a big controversy. The mayor -- who was running for re-election at the time -- courted the Methodist vote and "let some things slide." The city's 30-year-old building-height restriction was removed. And Chicago's buildings grew taller.

"All because there was one savvy congregation that realized they could make a lot of money from their site. It was a very calculating, political and economic game," Leslie said.

"The Chicago skyscraper story has been told by lots of people, but what's amazing is how much hasn't been fully understood," Leslie said. "I feel like I 've uncovered some new things."

Leslie is also the author of "Country Comes to Town: The Iowa State Fair" (2007), "Design-Tech: Building Science for Architects" (with Jason Alread, 2006) and "Louis I. Kahn: Building Art, Building Science" (2005). Prior to joining Iowa State's faculty in 2000, he was an architect with Sir Norman Foster and Partners, London and San Francisco.

In April, the American Academy in Rome named Leslie recipient of the 2012-14 Booth Family Rome Prize in Historic Preservation. He will spend six months at the academy researching and visiting the buildings of postwar Italian architect and engineer Pier Nervi, the subject of his next book.

In the years between Chicago's Great Fire of 1871 and the country's Great Depression, Chicago was an epicenter for architecture's modernization and urbanization. And it was a political hotbed of corruption, muckraking, unions and reform. Those worlds intersect in a new book by Thomas Leslie, Pickard Chilton Professor in Architecture at Iowa State University. 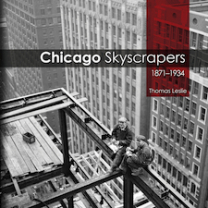 Watch publisher's video about the book

Symposium: "Skyscraper History: Looking Back While Looking Up"
Saturday, June 23
Leroy Neiman Center, Chicago
Sponsored by the Association for Preservation Technology, Construction History Society of America and The School of the Art Institute of Chicago