AMES, Iowa – The following faculty members are available to comment on possible U.S. intervention in Syria and the possible consequences as well as the challenges for the Obama administration in crafting an effective strategy for Syria.

Dobbs teaches American diplomatic and military history. He is the author of several books, including “The Unwanted Symbol. American Foreign Policy, the Cold War and Korea: 1942-1950.”

History should be a lesson for why the U.S. should not intervene in Syria, Dobbs said, especially when there is uncertainty about the end result or outcome. The Obama administration must be careful not to commit U.S. resources in more places that it can cover. He questions what bombing will achieve and if an attack will only lead Assad to engage in more fighting and the use of more chemical weapons.

There are other factors the U.S. needs to consider before intervening, Dobbs said. The potential impact on oil prices, whether a new regime would fit any better with U.S. goals for the region, and a plan for leaving Syria all need to be addressed. Dobbs said there are several examples throughout history that should guide the U.S.

“We need to pick our places to fight,” Dobbs said. “As Matthew Ridgway, general and chairman of the Joint Chiefs of Staff, said about helping the French at Dien Bien Phu in early 1954, ‘it’s the wrong war, in the wrong place, with the wrong enemy,’ and the same applies in Syria.”

McCormick teaches courses on U.S. foreign policy and international politics. His research focuses on the role of Congress and the decision making process in foreign policy as well as explanations of global human rights violations.

The Obama administration has had a difficult time constructing and implementing a coherent and effective policy toward Syria, despite the acknowledged humanitarian disaster of more than 100,000 killed over the past four years, McCormick said. There are several reasons, both internationally and domestically, for the obstacles in creating an effective policy for Syria.

McCormick said the president’s “red line” statement against Syria over the use of chemical weapons is one of those problems. Failure to respond to this “red line” only makes other threats in the region much less credible, he said.

“My recommendation would be for the president to go to Congress and the American public and outline the broader strategy and how that military attack would be part of that strategy—and seek congressional approval. The extended decision time only adds to the perceived weakness and uncertainty of American foreign policy by the administration,” McCormick said.

Senior lecturer of French in world languages and cultures, 515-460-5780, jtaoutel@iastate.edu

Taoutel was born in Syria and grew up in Lebanon before moving to France. He teaches classes on conflicts in the Middle East as well as environment and sustainability in the region.

Intervention, by the U.S. or the United Nations, to help end the conflict should have happened three years ago, Taoutel said. Instead the world community took a wait-and-see approach, which made the situation worse. For Taoutel, the U.S. and the U.N. have a responsibility to intervene, separate from the conflict in the country as the humanitarian crisis should be the motivation for taking action.

“At this point, the U.S. and the U.N. need to intervene because chemical weapons were used, and whoever used them should be held accountable,” Taoutel said. “It’s a moral intervention; everyone needs to step in.”

Unfortunately, Taoutel said too often the motivation to intervene in a conflict is guided by financial interests or connections to the region, so many countries see no reason to get involved. 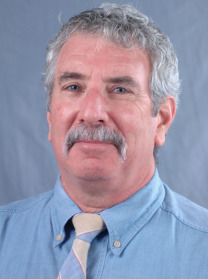 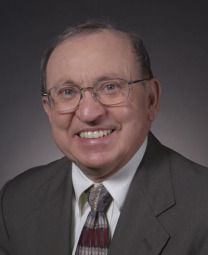 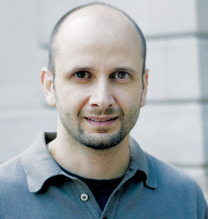