AMES, Iowa -- Bob Inglis was a six-term Republican congressman from one of South Carolina's most conservative districts when he told an audience at a 2010 campaign event that he believed in human-caused climate change. The fallout from that comment helped ensure his defeat.

Inglis will present "Engaging Conservatives on Energy and Climate" at 8 p.m. Tuesday, March 4, in the Memorial Union Sun Room. His talk is part of the university's National Affairs Series on Innovation. It is free and open to the public.

After leaving Congress, Inglis established the Energy and Enterprise Initiative at George Mason University in Fairfax, Va. The organization's mission is to convince American conservatives that climate change is real and that free enterprise principles are key for dealing with it.

In an interview with Yale Environment 360 editor Roger Cohn, Inglis talked about his own evolution from climate-change denial, why he opposes cap-and-trade schemes, why conservatives have been so reluctant to acknowledge that climate change is real and why his group is focusing efforts on college Republicans.

"We're trying to convince conservatives that they are more important to this than they ever imagined," Inglis said, "because they have the answer, which is free enterprise. And it's a better answer than a regulatory regime."

Inglis' lecture is co-sponsored by the National Affairs Series and the Committee on Lectures, which is funded by the Government of the Student Body. More information about ISU lectures is available online at http://www.lectures.iastate.edu, or by calling 515-294-9935. 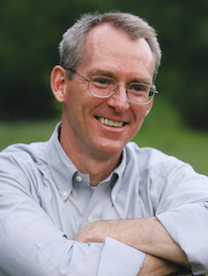 "Engaging Conservatives on Energy and Climate"