"The Sixth Extinction: An Unnatural History" will be at 8 p.m. Thursday, April 3, in the Memorial Union Great Hall. Her talk is part of the university's World Affairs Series and the Wildness, Wilderness and the Environmental Imagination Series. It is free and open to the public.

Best known for her book "Field Notes from a Catastrophe: Man, Nature and Climate Change," Kolbert has been a staff writer for the New Yorker since 1999. In her new book, "The Sixth Extinction," she draws on the work of scores of researchers in various disciplines and introduces us to a dozen species — some already gone, others facing extinction. Kolbert traces their disappearance and the evolution of extinction as a concept.

From 1983 to 1998, Kolbert was a stringer, reporter, bureau chief and columnist for The New York Times. She has won numerous awards for her writing, including the American Association for the Advancement of Science Journalism Award, the Lannan Literary Fellowship, the National Academies Communication Award and the Guggenheim Foundation Fellowship in Science Writing.

She has appeared on "The Daily Show with Jon Stewart," and was recently interviewed on NPR's "All Things Considered" http://www.npr.org/2014/02/11/275404707/the-earths-sixth-extinction-may-be-one-of-our-own-making .

Kolbert's lecture is co-sponsored by the College of Liberal Arts and Sciences' Miller Lecture Funds, MFA program in writing and the environment, World Affairs Series and the Committee on Lectures, which is funded by the Government of the Student Body.

More information on ISU lectures is available at www.lectures.iastate.edu, or by calling 515-294-9935. 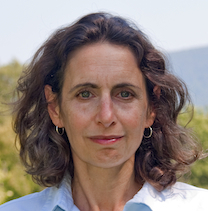 "The Sixth Extinction: An Unnatural History" 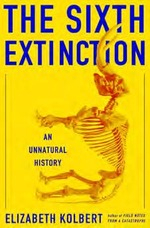