AMES, Iowa -- Next fall, an Iowa State University student will experience a National Student Exchange (NSE) to the University of Alabama -- just like his father did 31 years ago as a college student in North Dakota.

It was a fateful trip for William Rabe's father, William Rabe III, who is a pediatrician.

He met my mother there in an organic chemistry lab," said Rabe, a sophomore in chemical engineering and biochemistry from Ramsey, Minn. 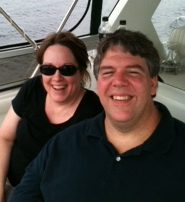 The NSE program provides students with a domestic alternative to study abroad. A total of 200 universities participate, placing 3,000 students each year. NSE offers low-cost options for students to study out of state, at culturally diverse campuses with program compatibility to their home campus. Credits are applied toward a student's degree."

"Iowa State students choose NSE to take advantage of courses that we do not offer here, study with other faculty experts in their field of study, and to check out internships, graduate schools and future jobs," said Debra Sanborn, who directs ISU's program.

"We have a graphic design student studying in New Jersey this semester who was able to land an internship with the social media news site Mashable in New York City. And a student secured an internship in the Alaska Legislature two years ago," Sanborn said.

About 50 Iowa State students participate in the exchange each semester, she said. Most popular destinations are Hawaii, Alaska, Oregon, California and New Mexico. Each semester, about 20 students come to Iowa State on the NSE program.

Rabe isn't going to Alabama to meet someone ("we'll see if that happens") or to escape the North Dakota cold (although "a much warmer climate would be nice"). He is going because the NSE offers the opportunity to "get out in the world and try new things."

"This will be an excellent opportunity to really get to know myself, network and make new friends — and prove to myself that I can succeed in any environment," he said.

Alabama was Rabe's first choice on for an exchange destination. After all, both parents graduated from Alabama (his dad transferred after meeting his future wife Kimmie; they both continued through medical school there), his mother is a Mobile native and he has relatives nearby. Then there's his family's fervent love of Alabama football.

"I'm really into the Cyclones, but I'm a bigger Crimson Tide fan," he said.

During his two semesters Alabama, Rabe hopes to attend some games and experience Greek life. It will "be cool to see how the school's engineering program compares," he added. He just learned that he'll have someone to hang out with — his younger brother Seth will start at Alabama as a freshman in mechanical engineering.

Rabe may even follow his parents' footsteps to med school.

"It's a strong possibility." 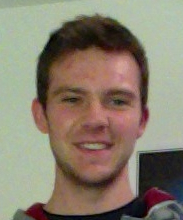 ISU chemical engineering sophomore William Rabe will spend his junior year at the University of Alabama as part of the National Student Exchange program. He's following in the footsteps of his father, who went to Alabama 31 years ago on an NSE and met his future wife. About 50 ISU students participate in the NSE program each semester.

"This will be an excellent opportunity to really get to know myself, network and make new friends — and prove to myself that I can succeed in any environment."