AMES, Iowa — One of the world's leading experts on LGBT sports issues will speak at Iowa State University on Oct. 16.

Cyd Zeigler, the co-founder of Outsports.com and co-author of "The Outsports Revolution: Truth and Myth in the World of Gay Sports," will present "The LGBT Athletes and Moments That Changed the Sports World Forever" at 8 p.m. Thursday, Oct. 16, in the Memorial Union Sun Room. His talk is free and open to the public.

Zeigler has written extensively on athletes coming out at all levels of sports and the impact homophobia has on closeted athletes. Most recently, he was on the team that developed and helped execute the strategy for Michael Sam's coming out prior to the NFL draft.

An award-winning journalist, Zeigler is credited with breaking various national stories, including the coming out of former professional athletes John Amaechi and Wade Davis, the groundbreaking interview with straight ally and NFL Hall of Famer Michael Irvin, and the first openly transgender college basketball player, Kye Allums. In addition to Outsports.com, he also writes for the Huffington Post and SB Nation.

The co-founder of the Nike LGBT Sports Coalition, Zeigler also serves on the advisory boards for GLSEN’s Changing the Game and GO! Athletes. He has appeared on ESPN, CNN, ABC, NBC and TruTV. Zeigler was profiled by The New York Times and has been quoted as an LGBT sports expert in Sports Illustrated, the Los Angeles Times, NPR and the BBC.

Zeigler's presentation is co-sponsored by Athletics; Greenlee School of Journalism and Communication; departments of Human Development and Family Studies, Kinesiology and Sociology; LGBT Student Services; LGBTA Alliance; Margaret Sloss Women's Center; Recreations Services; Vice President for Student Affairs Office; and the Committee on Lectures, which is funded by the Government of the Student Body. 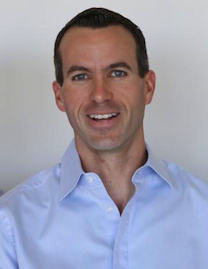 "The LGBT Athletes and Moments That Changed the Sports World Forever"