Jacob Goldstein and David Kestenbaum will present "Planet Money Live!" at 8 p.m. Thursday, Oct. 23, in the Memorial Union Great Hall. Their talk is part of the Greater Iowa Credit Union Business Lecture Series. It is free and open to the public.

"Planet Money" is heard by millions of listeners on NPR's "Morning Edition," "All Things Considered," "This American Life," and on bi-weekly podcasts. The "Planet Money" team writes and presents stories that explain the economy with humor and insight. Their shows have covered such topics as one man's innovative approach to solving inflation in  "How Four Drinking Buddies Saved Brazil," to coverage of the mortgage crisis in "We Bought a Toxic Asset; You Can Watch it Die " to an assessment of charitable giving and personal finance strategies in "Money for Nothing and Your Cows for Free."

A correspondent for NPR for 15 years, Kestenbaum previously covered science, energy issues and climate change for the network, winning several awards. Kestenbaum earned his Ph.D.in physics from Harvard and was a Fulbright scholar.

Before joining NPR, Goldstein was a health and medicine reporter at The Wall Street Journal, and lead writer for the Journal's Health Blog. He also has written for The New York Times Magazine and other publications. Goldstein has a bachelor's degree from Stanford University and a master's degree from the Graduate School of Journalism at Columbia University.

The Greater Iowa Credit Union Business Lecture Series serves as a springboard for conversation of relevant business topics and to attract, educate and serve members of the Iowa State University and Ames community.

"Planet Money Live!" is co-sponsored by the Greater Iowa Credit Union, the College of Business and the Committee on Lectures, which is funded by the Government of the Student Body. 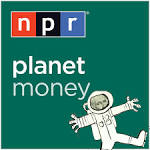