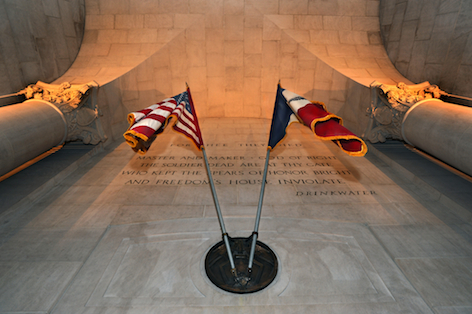 AMES, Iowa -- Iowa State University's student union was built in 1928 as a memorial to students and alumni who had died in World War I. Their names are engraved in the walls of the union's Gold Star Hall — the spatial expression of the word memorial in Memorial Union. As more fallen former Iowa State students become known, their names are added to the wall.

This year, three new names are being engraved there — one who died in May in Afghanistan, one who died on the USS Liberty in the Six-Day War and another from World War II. Iowa State's Gold Star Hall Ceremony will honor them along with two other fallen servicemen whose names were previously engraved, but their sacrifices not publicly remembered.

The Gold Star Hall Ceremony will be at 3:15 p.m. Tuesday, Nov. 11, in the Memorial Union Great Hall. The ceremony is free and open to the public. A reception in the Gold Star Hall will follow.

During the ceremony, all five will be remembered through personal anecdotes and photos. Their extraordinary stories span nearly a century and four conflicts.

Deric Rasmussen, Storm Lake, who attended Iowa State between 1999 and 2002, died in Afghanistan on May 11.

Donald Lee Sparks, Glidden, was a 1968 ISU graduate initially listed MIA in South Vietnam in June 1969. He was later declared a POW and is believed to have died in captivity.

Charles Douglas King, Muscatine, was a pararescueman during the Vietnam War. He went missing in action on Dec. 25, 1968, while attempting to rescue the body of a pilot in Laos. A highway in Muscatine and buildings on several military bases are named for him.

Jerry Leroy Converse, Boone, was killed June 8, 1967, aboard the USS Liberty off the shore of Egypt at the time of the Six-Day War.

Maurice Raskin, Woodbury, a pre-veterinary medicine student at Iowa State, was killed in a strafing mission over Italy in 1943. 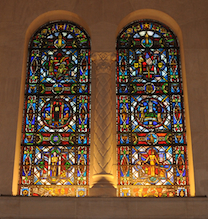