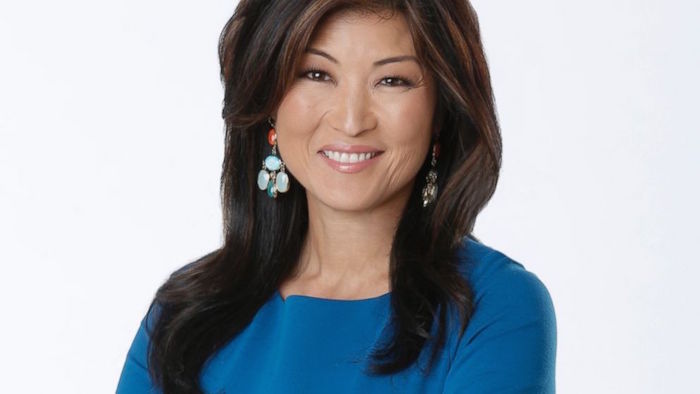 AMES, Iowa — ABC "Nightline" co-anchor Juju Chang will focus on the Iowa caucuses when she gives the Chamberlin Lecture in Journalism at Iowa State University on Tuesday, Sept. 29.

Chang will present "The Presidential Campaign: A Search for Meaning" at 8 p.m. in the Memorial Union Great Hall. Her talk is free and open to the public.

The Emmy Award-winning "Nightline" co-anchor also reports regularly for "Good Morning America" and "20/20." Chang has covered breaking news of the devastating effects of Superstorm Sandy and she reported on the mass shootings in Newtown, Connecticut, interviewing a mother of one of the young victims. She has covered global events and issues like the earthquake in Haiti and maternal and infant mortality in Mozambique. Chang's hour-long "20/20" reports include an in-depth look at the impact of foreign adoptions gone wrong and an intimate portrait of one family dealing with gender transition. She has profiled celebrities including Rod Stewart, Celine Dion and Carrie Underwood.

Chang began her career at ABC News as a desk assistant and eventually became a producer at "World News Tonight." She rose to become a correspondent covering such stories as the U.S. bombings in Kenya and the anniversary of the Chernobyl nuclear accident. Before anchoring "Nightline," Chang previously anchored the early morning newscasts “World News Now” and “World News This Morning.”

Chang has received a number of awards for her work in television news, beginning with an Alfred I. duPont Award in 1995 for a series on women's health. She won two Gracie Awards, one for a report on judicial activism for a PBS newsmagazine, "NOW;" and another for a "20/20" profile of Ben Barres, a transgender neurobiologist. Chang won two Emmy awards for her work with ABC, including one for her role as a correspondent on ABC's live coverage of California wildfires in 2008.

Born in Seoul, South Korea and raised in California, Chang graduated with honors from Stanford University having won the Edwin Cotrell Political Science Prize.  She is a member of the Council on Foreign Relations and a founding board member of the Korean American Community Foundation.

Chang's lecture is co-sponsored by the Chamberlin Lecture Fund, Greenlee School of Journalism and Communication, and the Committee on Lectures, which is funded by Student Government.

"The Presidential Campaign: A Search for Meaning"
Juju Chang