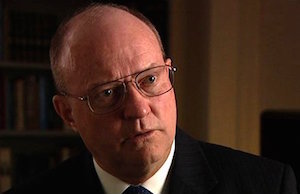 Retired U.S. Army Col. Lawrence Wilkerson will present "Governing Under the Influence: Are Pentagon Contractors Driving U.S. Foreign Policy?" at 8 p.m. Wednesday, Oct. 21, in the Memorial Union Sun Room. His talk is part of the university's World Affairs Series: Redefining Global Security. It is free and open to the public.

Wilkerson is the Distinguished Visiting Professor of Government and Public Policy at the College of William & Mary. During his 31 years in the Army, he served in the Vietnam War, Korea, Japan and Hawaii. He was a faculty member of the U.S. Naval War College, and director and deputy director of the U.S. Marine Corps War College. Wilkerson served as deputy executive officer to Gen. Powell when Powell commanded the U.S. Army Forces Command, and special assistant to Powell when he was chairman of the Joint Chiefs of Staff. After retiring from active service in 1997, Wilkerson served as Secretary Powell's chief of staff at the U.S. Department of State from 2002 to 2005. He also was chairman of the U.S.-Cuba 21st Century Policy Imitative at the New America Foundation.

Wilkerson is a frequent speaker around the country and has been a television guest of Stephen Colbert, Bill Maher, Rachel Maddow and Wolf Blitzer. Wilkerson appeared in several recent documentaries, including “Taxi to the Dark Side” and “No End in Sight."

Wilkerson's talk is co-sponsored by the American Friends Service Committee, the World Affairs Committee and the Committee on Lectures, which is funded by Student Government.