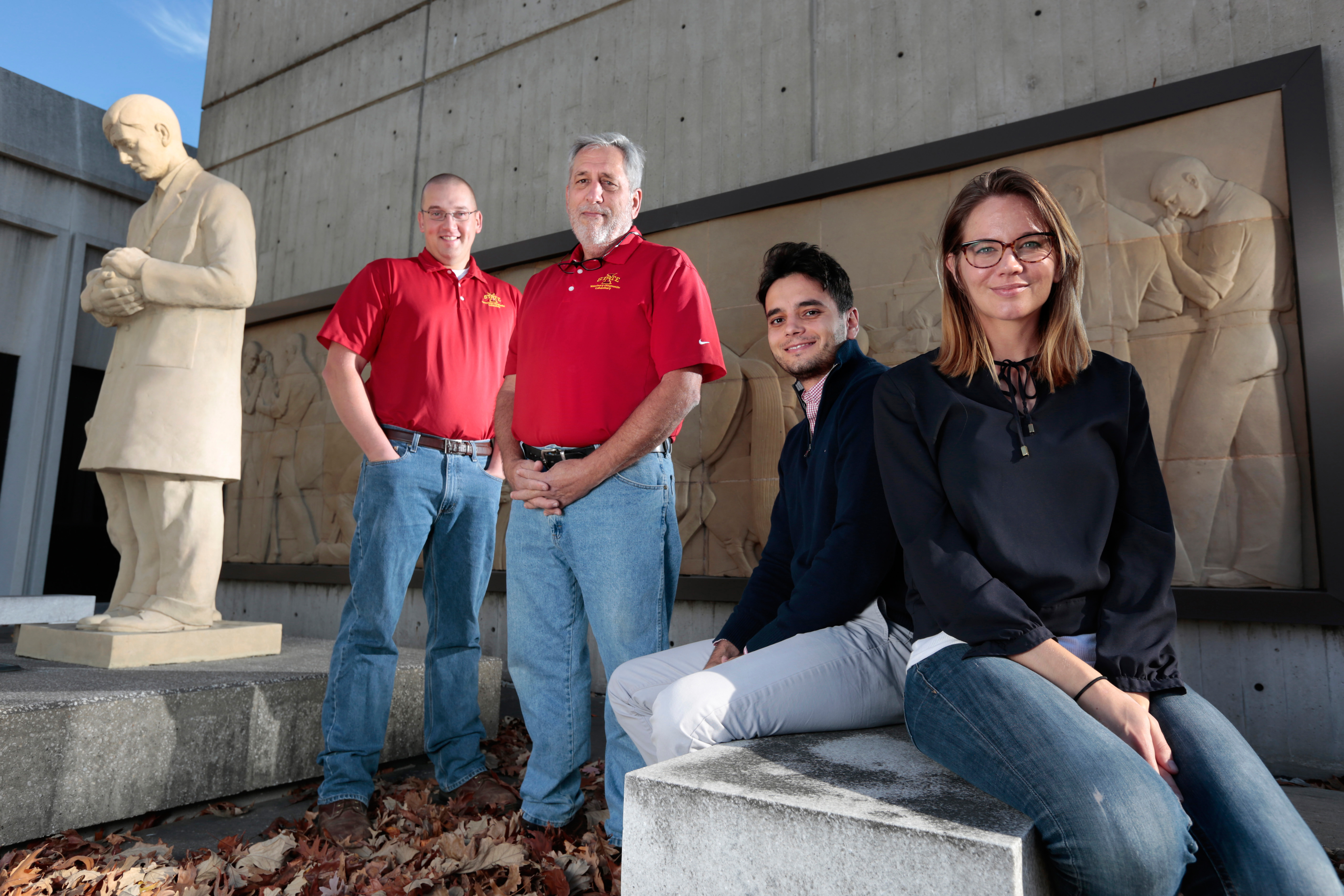 AMES, Iowa – A team of veterinary researchers at Iowa State University has pinpointed a virus that has caused mysterious tremors in piglets dating back decades.

The virus, which comes from a family known as ‘pestiviruses,’ infects young pigs and can cause them to shake involuntarily. Afflicted piglets are sometimes referred to as “shaker pigs” or “dancing pigs,” and, in severe cases, the tremors prevent pigs from nursing and can lead to starvation.

Veterinarians have recognized the congenital tremors for years but could never pinpoint the cause until now, said Bailey Arruda, an assistant professor and veterinary pathologist in the ISU Department of Veterinary Diagnostic and Production Animal Medicine.

“It’s been a mystery in the veterinary community for over 90 years,” Arruda said. “Unfortunately, we didn’t have the technology to find the virus before.”

The team of researchers, in collaboration with Missouri-based animal health company Boehringer Ingelheim Vetmedica, utilized next-generation DNA sequencing techniques to detect the virus in samples from affected pigs. The team then used those results to experimentally reproduce the tremors in newborn pigs.

Earlier sequencing techniques, such as polymerase chain reaction or PCR, require researchers to identify a target before beginning the process.

“But that approach wouldn’t be useful in this case because we didn’t know exactly what we were looking for,” Arruda said.

Now that the researchers have identified the virus, she said the ISU Veterinary Diagnostic Laboratory can now use PCR tests to confirm cases from samples sent in from local veterinarians. And the next step is to develop a vaccine to combat the virus, she said.

Paulo Arruda, an assistant professor in veterinary diagnostic and production animal medicine, said piglets with congenital tremors are fairly uncommon, though the virus can appear in cycles. While the virus isn’t creating widespread problems for the pork industry, it can become particularly problematic on individual farms, he said.

Drew Magstadt, a clinician in veterinary diagnostic and production animal medicine and research team member, said the virus doesn’t make pork unsafe to eat, and he stressed that the virus isn’t known to infect humans.

ISU veterinary researchers have identified a pestivirus that has caused congenital tremors in piglets for decades. The research may pave the way toward a vaccine to combat the virus.

“It’s been a mystery in the veterinary community for over 90 years. Unfortunately, we didn’t have the technology to find the virus before.”