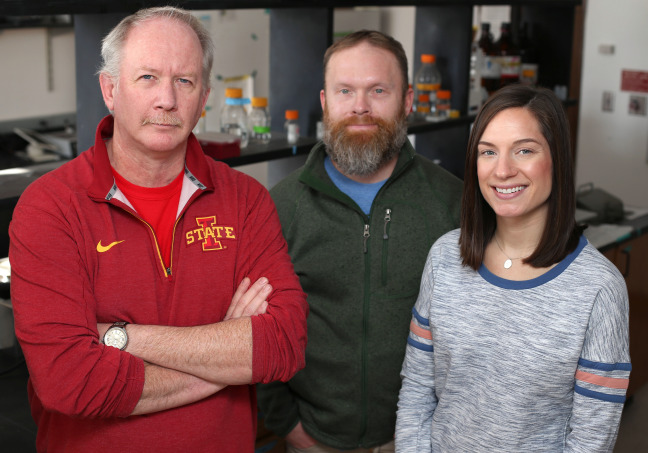 AMES, Iowa – A simple change in diet could boost vitamin D levels for millions of Americans suffering from Type 2 diabetes, according to new research from Iowa State University published in the Journal of Agricultural and Food Chemistry.

Vitamin D is important for bone health and protecting against cancer and other diseases, but diabetics have trouble retaining it and other nutrients because of poor kidney function. A team of Iowa State researchers found diabetic rats fed an egg-based diet had higher concentrations of vitamin D, improved blood glucose levels and gained less weight.

Iowa State researchers are most interested in 25-hydroxyvitamin D-3 (25D) – the form of vitamin D in the blood that reflects vitamin D status. For that reason, it made sense to test eggs in the diet rather than other foods containing vitamin D or a supplement.

“Eggs are the richest source of 25-hydroxyvitamin D-3 in the diet, and there isn’t any conversion required to make it into the blood. If you take it in a supplement or food fortified with vitamin D, it has to be converted to that form,” said Matthew Rowling, an associate professor of food science and human nutrition.

The variation in results was significant. Blood glucose levels dropped nearly 50 percent for diabetic rats on an egg-based diet compared to diabetic rats fed a standard diet. Concentrations of 25D were 148 percent higher for the egg-fed group and plasma triglyceride concentrations – a risk factor for cardiovascular disease – dropped 52 percent.

Rowling and colleagues Kevin Schalinske, professor of food science and human nutrition, and Samantha Jones, a graduate research assistant, are still working to understand why more vitamin D is retained from eggs than supplements. They say it may be related to other components found in eggs.

Eggs are not only a good source of vitamin D and other nutrients; they are also inexpensive and readily available. However, researchers say you need to eat the whole egg.

“If you just ate egg whites you wouldn’t get any of the vitamin D, because the 25D is only in the yolk. The whites are fine if you’re focused just on protein, but the nutrients are all in the yolk. From a vitamin D standpoint, you want to consume the whole thing,” said Jones, lead author of the paper.

The next step is to determine the minimal amount of eggs needed in the diet to yield a benefit. The study was designed to replace protein in the diet, so the rats were fed the equivalent of 17 to 18 eggs daily. However, based on the results and the severity of the rats’ diabetes, researchers expect a much lower dosage will be effective in humans. They also want to know if health benefits are enhanced when additional dietary constituents that promote the maintenance of vitamin D status and reduction of diabetic symptoms, such as fiber, are added to the diet.

“You may need even less egg if you combine it with something else that does not provide vitamin D per se, but rather protects the kidney and prevents loss of vitamin D,” Schalinske said. “We want to make sure we understand what’s going on with egg consumption and promoting vitamin D balance and make sure there’s a linkage to outcomes whether it’s bone health or kidney health.”

Gar Yee Koh, a postdoctoral research associate at Tufts University, also contributed to this paper. The research was funded by the Egg Nutrition Center.

“Eggs are the richest source of 25-hydroxyvitamin D-3 in the diet, and there isn’t any conversion required to make it into the blood."