AMES, Iowa -- James Gelvin, author of "The Modern Middle East: A History," will open a discussion about the evolution and future of the Syrian refugee crisis Wednesday, April 20, at Iowa State University.

"The Syrian Refugee Crisis: How Did We Get Here and Where Do We Go?" will begin at 8 p.m. in the Memorial Union Great Hall. Gelvin's talk will be followed by remarks from Carly Ross, director of the U.S. Committee for Refugees and Immigrants in Des Moines, Iowa’s largest refugee resettlement agency; and Nell Gabiam, assistant professor of anthropology and political science. Gabiam's most recent project focused on the effects of the war in Syria on the country’s Palestinian refugee population. A question-and-answer session will follow. The event is free and open to the public.

Gelvin is a professor of Middle Eastern history at the University of California, Los Angeles. He conducts social and cultural history of the modern Middle East, particularly Greater Syria (the area of present-day Syria, Lebanon, Jordan, Israel, and the Palestinian territories) during the late 19th and early 20th centuries.

In addition to writing "The Modern Middle East" (now in its fourth edition), Gelvin is the author of "The Arab Uprisings: What Everyone Needs to Know," “Divided Loyalties: Nationalism and Mass Politics in Syria at the Close of Empire" and "The Israel-Palestine Conflict: 100 Years of War." He earned degrees from Columbia University’s School of International and Public Affairs and Harvard.

The discussion is co-sponsored by the International Student Council; Arab Student Association; College of Liberal Arts and Sciences; the Departments of history, political science, sociology, and world languages and cultures; International Studies Program; and the Committee on Lectures, which is funded by Student Government. 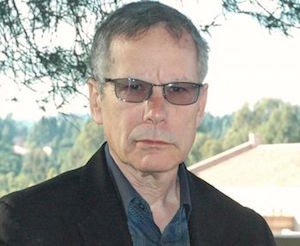 "The Syrian Refugee Crisis: How Did We Get Here and Where Do We Go?"
James Gelvin

Q&A and remarks follow with
Carly Ross and Nell Gabiam