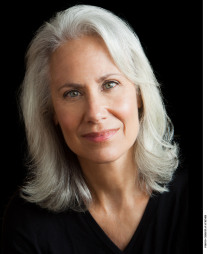 AMES, Iowa – A former news magazine editor who helped change the role of women in journalism will visit Iowa State University as the fall 2016 Mary Louise Smith Chair in Women and Politics.

Lynn Povich, the first female senior editor at Newsweek magazine and former editor-in-chief of Working Woman magazine, will present “The Good Girls Revolt: Women, Work and Politics” at 7 p.m. on Thursday, Dec. 1, in the Memorial Union Great Hall. A reception and book signing will follow the free, public lecture. Povich is author of the book “The Good Girls Revolt: How the Women of Newsweek Sued Their Bosses and Changed the Workplace.”

Dianne Bystrom, director of the Carrie Chapman Catt Center for Women and Politics, which sponsors the lecture series, says Povich exemplifies the power of speaking up and challenging the status quo, and why women need to continue to do so today.

“Although many legislative strides were made during the women’s rights movement of the 1960s and 1970s, we still have a long way to go as far as achieving pay equity in the workplace as well as increasing women’s representation in executive and political leadership,” Bystrom said. “For example, although the Equal Pay Act was signed into law in 1963, women now earn on average 80 cents to every dollar earned by men.  We must continue to fight for women’s rights with our voices and our vote.”

Povich began her career as a secretary in the Paris bureau of Newsweek magazine, rising to become a reporter and writer in New York City. In 1970, she was one of 46 women who filed sex discrimination charges with the Equal Employment Opportunity Commission against the magazine, the first women in the media to do so. The women settled their case on August 26, 1970—the same day as the first Women’s Strike for Equality, when 50,000 women marched down New York City’s Fifth Avenue in honor of the 50th anniversary of the ratification of the 19th Amendment to the U.S. Constitution granting women the right to vote.

When Newsweek’s management did not fulfill its promises to hire and promote women, the women sued again in 1972. But this time, Katharine Graham, the owner of The Washington Post Co., which owned Newsweek, ordered her corporate lawyer to settle the case and set goals and timetables for the promotion of women at the magazine. “By the end of 1975, one-third of all reporters and writers were to be women, one third of all researchers were to be men, and there would be a woman senior editor,” said Povich, who was named Newsweek’s first woman senior editor in 1975.

In 2012, Povich published a book, “The Good Girls Revolt,” about the landmark lawsuit, its bittersweet effects on the women involved, and what has—and hasn't—changed for women in the workplace. Her book has inspired a 10-part original series, available now on Amazon Prime. A trailer from the series is available here.

Povich became editor-in-chief of Working Woman magazine in 1991 and, in 1996, joined MSNBC.com as its East Coast managing editor, overseeing the internet content of NBC News and MSNBC cable programs and personalities. In 2005, she edited a book of columns by her father, famed Washington Post sports writer Shirley Povich, titled “All Those Mornings . . . at the Post.”

A recipient of the Matrix Award for Magazines, Povich serves on the advisory boards of the International Women's Media Foundation, the Women's Rights Division of Human Rights Watch and the City University of New York’s Graduate Center Foundation. She is married to Stephen Shepard, who was editor-in-chief of Business Week magazine for 20 years and founding dean emeritus of CUNY’s Graduate School of Journalism.

About the Mary Louise Smith Chair

The purpose of the chair is to bring nationally known political leaders, scholars and activists to Iowa State to enrich the experiences of students and educate citizens about the role of women in the political process. Povich is the 29th woman leader to visit Iowa State through the sponsorship of the Smith chair.

The event is sponsored by the Catt Center and the Committee on Lectures, which is funded by ISU Student Government. 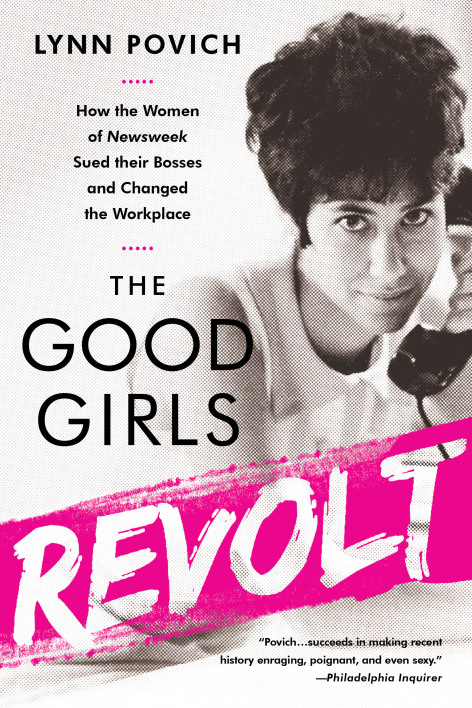