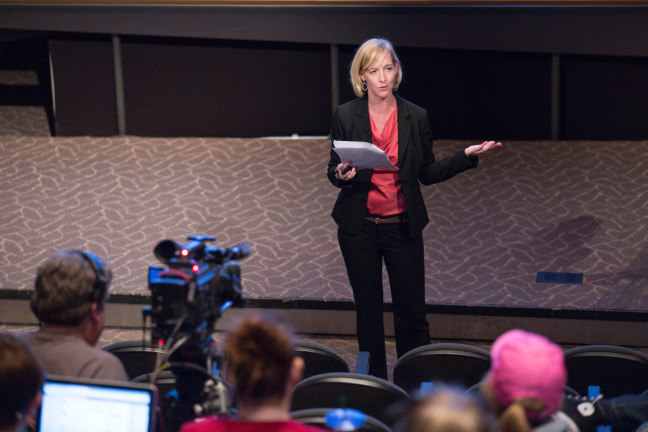 AMES, Iowa – History is full of examples detailing the extremes women went to in order to break down gender barriers in journalism. In a class lecture that will air this weekend on C-SPAN’s “Lectures in American History” program, Tracy Lucht, an assistant professor in Iowa State University’s Greenlee School of Journalism and Communication, explains how women created new genres to make opportunities for themselves.

These women earned the labels of “sob sisters” and “stunt reporters” because of the nature of their reporting, Lucht said. Sob sisters typically covered women’s issues or wrote advice columns. Stunt reporters, as the name suggests, would pull off various “stunts” to generate attention for their stories. Lucht says many of the stories were more for entertainment and even a bit scandalous at times, but attracted readers.

“This work influenced generations of women. While these women may not have been respected or were viewed as spectacles, they found a way to make their voices heard,” Lucht said. “They raised issues that weren’t being discussed and advocated for themselves, other women and marginalized people.”

During the lecture, Lucht discussed the progress women have made since the late 19th century, when they started to carve a niche for themselves in the field. Today, the number of women working full time in newsrooms has grown to more than 36 percent. This number has risen more slowly than expected since the 1930s, when about 25 percent of journalists were women, she said.

“We have yet to achieve gender parity in journalism,” Lucht said. “Women make up about two-thirds of the student enrollment in journalism and mass communication programs around the country, yet still do not have equitable representation in the field—especially in upper-level positions.”

Lucht’s lecture is scheduled to air at 7 p.m. and 11 p.m. Saturday, Jan. 7, on C-SPAN 3. American History TV features event coverage, lectures and discussions with teachers and historians every weekend. Click here for a preview of Lucht’s lecture.

History is full of examples detailing the extremes women went to in order to break down gender barriers in journalism. In a class lecture that will air this weekend on C-SPAN, Iowa State's Tracy Lucht explains how these women earned the labels of "sob sisters" and "stunt reporters."

Watch Tracy Lucht's lecture on the history of women journalists on C-SPAN 3: 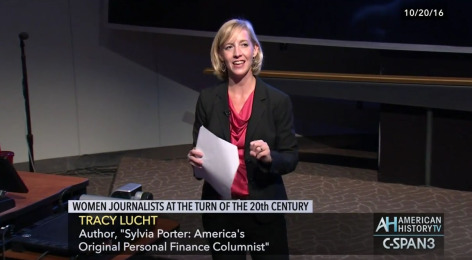 Click on the image to watch a preview of Lucht's lecture