Ta-Nehisi Coates will speak about race in America on Jan. 30

Coates is a national correspondent for The Atlantic, where his cover stories on slavery and race ("The Case for Reparations") and President Obama ("My President was Black") have struck a national chord. He also is the author of the No. 1 New York Times bestseller and 2015 National Book Award winner, "Between the World and Me," written in the form of a letter to his teenage son about the challenges he will face growing up black in America.

The New Yorker's Hendrik Hertzberg wrote, "Coates is one of the most elegant and sharp observers of race in America. He is an upholder of universal values, a brave and compassionate writer who challenges his readers to transcend narrow self-definitions and focus on shared humanity.”

Coates also wrote "The Beautiful Struggle: A Memoir," about growing up in Baltimore with a father who was a Vietnam vet and Black Panther with his own underground black press. He is a former writer for The Village Voice, and a contributor to Time, O, and The New York Times Magazine.

Coates is working on "America in the King Years," an HBO project with David Simon, Taylor Branch and James McBride, an adaptation of Branch's trilogy of the same name. It is being produced by Oprah Winfrey.

A MacArthur “Genius Grant” fellow, Coates has received the National Magazine Award, the Hillman Prize for Opinion and Analysis Journalism, and the George Polk Award for his Atlantic cover story “The Case for Reparations.”

More information is available online at ISU Lectures Program, or by calling 515-294-9935. 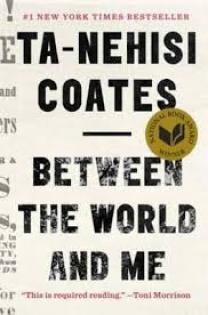