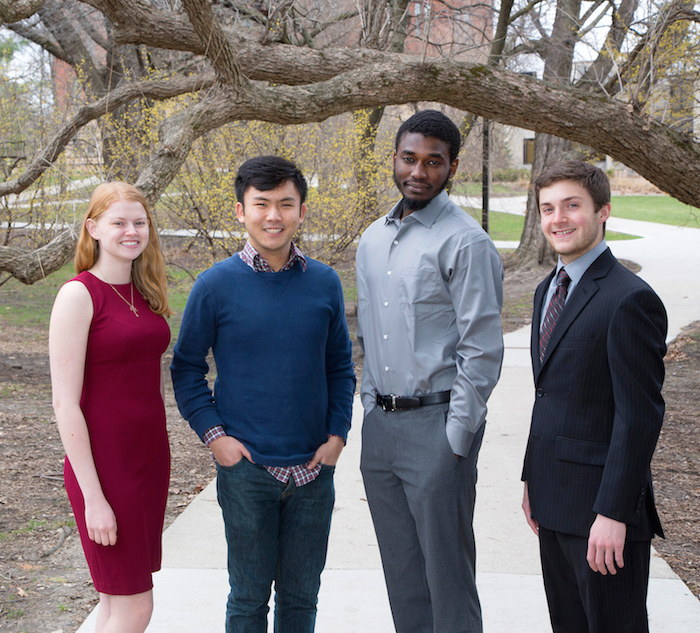 The scholarships are awarded by the Barry Goldwater Scholarship and Excellence in Education Foundation to encourage outstanding students to pursue careers in STEM research. A total of 240 Goldwater Scholars were selected on the basis of academic merit from a field of 1,286 applicants nationwide.

ISU's candidates are selected through an on-campus competition coordinated by the university's Honors Program. Universities can nominate up to four candidates for the national competition. This year, Iowa State is one of only four institutions — along with Stanford, Princeton and the University of Alabama — to have all nominees selected as scholars. Iowa State also had four Goldwater Scholars in 2014.

The Iowa State students are:

The Goldwater Foundation is a federally endowed agency established in 1986. The scholarship program honoring Sen. Barry Goldwater was designed to foster and encourage outstanding students to pursue research careers in the fields of mathematics, natural sciences and engineering.

The one- and two-year undergraduate scholarships will cover the cost of tuition, fees, books and room and board up to a maximum of $7,500 per year.

Four Iowa State students have received Goldwater Scholarships, the nation's premier undergraduate scholarship in mathematics, natural sciences and engineering. The scholarships encourage outstanding students to pursue careers in STEM research. A total of 240 scholars were selected from 1,286 applicants. Iowa State is one of only four institutions to have four students selected as scholars. 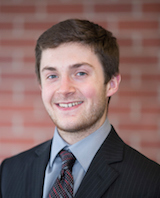 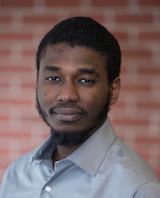 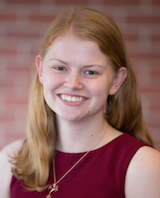 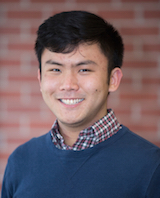