Go inside the classroom as students work to put the finishing touches on a video game they're developing with the Microsoft HoloLens. Video by Dave Olson

AMES, Iowa – In the basement of Pearson Hall, a small group of Iowa State University students is experimenting with reality in two different dimensions.

The first dimension, visible to anyone entering the computer lab, consists of a room with the latest computing technology and design programs. The second is a world of integrated reality that one can only experience when wearing the Microsoft HoloLens.

It’s an environment James Lathrop designed specifically with his students in mind – a training ground of sorts, initially for computer programmers, that quickly evolved to include 3-D designers interested in developing video games and applications. Lathrop says the collaboration between the two disciplines was necessary to help design students understand the complexity of computer code, and help computer science students appreciate the time and detail of creating characters and other game elements.

“It is a much more meaningful and realistic experience for the students,” said Lathrop, a senior lecturer in computer science. “Students experience things they wouldn’t see if they were focused only on their own major. They really learn about the other discipline and what they can and cannot do.”

Ryan Krause wears the HoloLens while working on code for the game.

Students spend an entire academic year developing a game from concept to finished product. This is the first year students are creating a game using the HoloLens – a wireless headset that allows users to interact with holographic images in an integrated reality. Lathrop says it is different from virtual reality, which immerses users in a separate world. Integrated reality is blended into the user’s environment.

“This concept of integrated reality is new and exciting,” he said. “It’s going to be a game changer.”

Leigha Powers, a senior graphic design major, admits she had no idea what she was getting into signing up for the course. She had never worked with code or designed a video game character before, but she knew she’d benefit from the experience.

“Virtual reality and integrated reality are so huge right now,” she said. “Everyone is trying to figure out what to do with it and how to incorporate it with their brand.”

Powers spent last summer interning with CBS Sports producing on-air motion graphics for NFL Football and the Masters. This ranged from graphics displaying the score to player introductions and statistics. Back in the classroom, she’s built upon those skills, worked with new design programs and learned a lot from her fellow classmates.

“We need more classes like this one. You have to mesh with other people as you would in the real world,” Powers said. “In this class you are not just focused, like for me in design, on a branding project. You are working right next to the coders and watching how they create code, and then you provide the 3-D modeling – it’s a great environment.”

Powers says the class has also sparked interest from potential employers as she interviews for jobs after graduation. Lathrop would like to see this class – currently an elective for design students – become a part of the curriculum so design students like Powers can earn credit toward their major.

Video games are just some of the endless possibilities Lathrop envisions for this new technology. He says there are still some kinks to address, such as the size and comfort of the headset, but the potential applications extend far beyond fun and games.

The technology is already being used to simulate surgical procedures in hospitals as well as tutorials for do-it-yourself projects. Lathrop says Alzheimer’s patients could also benefit from wearing the HoloLens. For example, assisted living facilities could use a series of holograms to help guide patients or provide other reminders.

Students in James Lathrop's class have spent the semester working in the world of integrated reality. They've developed a video game using the Microsoft Hololens, which allows gamers to interact with holograms in their own environment. 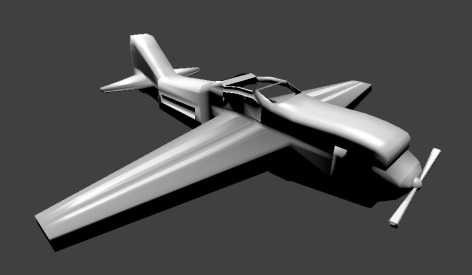 Lathrop and his students are working with the museum staff for the Battleship USS Iowa on ways integrated reality can enhance the visitor experience. Karen Doty, a teaching assistant working on a Ph.D in human computer interaction, is developing an application that will take visitors on an interactive battleship tour.

Doty says the app will include digital characters, historic scenes in real-life places and interactive learning through location markers and maps. She’s learning a lot about the ship’s history and details about life aboard the USS Iowa. The goal is to incorporate the past and present, and Doty has several ideas as to how she might accomplish that goal.

Some of the features she’s working on: 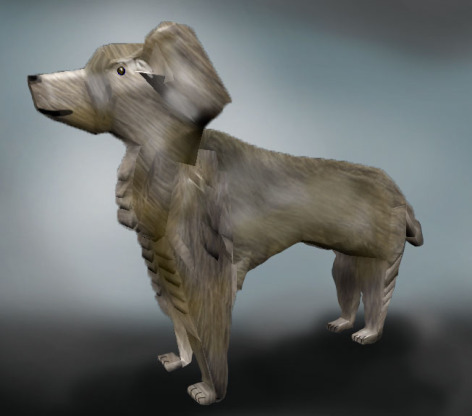 This is a model of Vicki, the Battleship Iowa mascot.

“Not everyone learns from reading a book. We learn a lot through interaction, which helps things stand out in our memory,” Doty said. “We really want to create an experience with lasting elements that visitors will remember long after their tour.”

The challenge is developing all the computer code, sound effects and artwork to support these design elements, while at the same time making sure it is user-friendly and accessible, Doty said. It’s similar to finalizing the after effects of a movie, and it’s time consuming. Doty compared it to building a house – the frame goes up quickly, but it’s the inner workings that take time. However, the end result will give the museum tremendous flexibility.

“There are a lot of opportunities for museums to create a new experience using integrated reality, without having to rebuild a set or space within the museum,” Doty said. “The staff has a blank slate that they can re-create.”

Doty hopes to test all the application’s main elements this fall and spend the next year finalizing.