AMES, Iowa – Not all dual-language learners are at risk academically, but as a group, these students are often labeled as such, despite differences in their English skills.

Choi, Christine Lippard, an assistant professor of human development and family studies at Iowa State; and Shinyoung Jeon, a postdoctoral research fellow at the University of Oklahoma-Tulsa, analyzed data measuring inhibitory control (the ability to pay attention and control natural, but unnecessary thoughts or behaviors) and math achievement for low-income students in Head Start through kindergarten. The data, collected through the Head Start Family and Child Experiences Survey (FACES) 2009, included 825 children – whose home language was English or Spanish – at 59 Head Start programs across the country.

Instead of treating DLLs as a homogenous group, researchers created two categories – Spanish-English bilinguals, who can function in both languages; and DLLs with limited English skills – based on ability entering Head Start. They identified stark differences between the DLL groups and English-only students over the course of the study. Entering Head Start, bilingual students had higher inhibitory control, but lower math scores, than English-only students did. DLLs with limited English skills lagged behind both groups. However, over the course of 18 months, bilingual students outperformed English-only students with higher scores in math and inhibitory control, despite having lower baseline scores for math at the beginning of the study.

DLLs with limited English skills – students considered at risk when they entered Head Start – also made significant progress, the study found. These students outpaced bilingual and English-only students in the rate of gains for inhibitory control skills. While their scores had not caught up with the other two groups by the midpoint of kindergarten (the final point of analysis for the study), Choi expects with more time DLLs with limited English skills would eventually match or even outperform English-only peers as they learn more English and become bilingual. 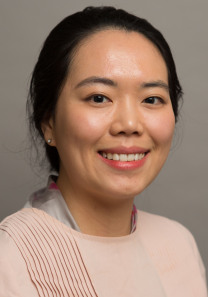 “Recognizing that dual-language learners can do better than we expected has huge implications. When these students do not have age-appropriate English skills they are more at risk, but once they achieve those skills they actually excel,” Choi said. “This study also confirms that there is a cognitive benefit for bilingual students.”

The researchers say that bilingual children’s faster growth rate in inhibitory control over time helped explain the significant difference in kindergarten math skills between bilingual children and English-only students. Based on the FACES data, they could not provide a definitive explanation for the faster growth rate in inhibitory control. However, Choi says the research results lend support to the theory that bilingual students develop stronger inhibitory control skills because of their daily practice toggling between languages to fit the conversation, and inhibiting one language while speaking another.

Inhibitory control encompasses everything from a child’s ability to suppress the impulse to grab a toy away from a friend to inhibiting the impulse to pronounce a “t” sound at the beginning of the, Lippard said. It is an important foundational skill for academic growth as well as behavior.

Recognizing skill-level differences is important given that DLLs are in more than 70 percent of Head Start classrooms. Lippard says all early childhood educators need to understand the developmental strengths of DLLs, and recognize there is no one-size-fits-all approach for teaching these students. The study makes the case for instructional support to help DLLs become proficient in English while learning or maintaining their home language. Lippard says one way to achieve that is by giving students the opportunity to engage with linguistically diverse teachers. 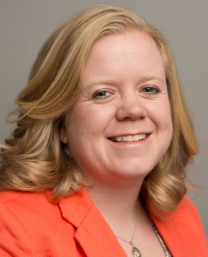 “Preschool programs are so full of academic expectations that adding a Spanish lesson time may not be helpful or developmentally appropriate,” Lippard said. “Learning Spanish by interacting with a native Spanish speaker and experiencing typical preschool activities like singing songs or reading stories in Spanish holds potential benefits for all of the children in the classroom.”

Not all dual-language learners are at risk academically, but as a group, these students are often labeled as such, despite differences in their English skills. A new Iowa State University study found as dual-language learners gained English proficiency, they had significant growth in cognitive and academic development, eventually outperforming students who only spoke English.