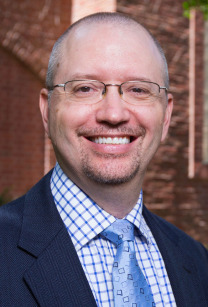 AMES, Iowa – The World Health Organization’s classification of video game addiction as a mental health disorder is similar to a decision in the late 1950s to recognize alcoholism as a medical condition, said Douglas Gentile, a professor of psychology at Iowa State University.

“At that time, the public did not believe alcoholism was a medical issue; they just thought it was a personal failing. We now know a disease model is useful for helping people overcome alcoholism. Similarly, the public tend to think of excessive gaming as a personal failing,” Gentile said. “Nonetheless, gaming disorder can be very harmful and not something people can easily get over on their own, but with the right treatment they can.”

The WHO’s decision follows a similar classification by the American Psychiatric Association. If the move simply gets people talking about gaming addiction as a potential problem that is a significant step, Gentile said. Therapists need to ask children or young adults seeking help for depression or poor school performance about video game play, he said. If therapists don’t, they may miss a piece of the puzzle contributing to the patient’s problems.

In a 2011 study published in Pediatrics, Gentile and his colleagues found gaming addiction is comorbid with other mental disorders, such as depression, anxiety, social phobias and ADHD. The study tracked more than 3,000 children over the course of two years. The findings help answer a question Gentile is often asked – is video game addiction a primary condition, or a symptom of other disorders?

The study found gaming addiction occurs along with other mental health problems and is not just a symptom or simply used as a coping mechanism. While Gentile understands why people ask this question, he cautions against trying to pinpoint a primary issue when it comes to mental health.

“The way mental health problems work is they tend to be comorbid. It’s not just about what starts the ball rolling, it’s how that ball gains direction and momentum. For that, we need to understand all the issues, not just the one that started the ball rolling,” Gentile said. “Whether video game addiction is the primary problem isn’t the important issue when trying to help a person. You have to look at the entire patient, not just what started the issue.”

The 2011 study also found there is no single profile of a child who might become addicted to video games. Gentile says there are risk factors, such as being more impulsive, having lower social competence and spending more time playing video games, but no clear type of child who is most at risk.

Gentile says another benefit of the WHO classification is it may open the door for insurance companies to cover gaming addiction treatment. Without it, patients would have to pay for their own care and are less likely to seek help.

The World Health Organization has classified video game addiction as a mental health disorder. Iowa State professor Douglas Gentile says the WHO's decision is an important step in getting people the help they need.

“Whether video game addiction is the primary problem isn’t the important issue when trying to help a person. You have to look at the entire patient, not just what started the issue.”