AMES – After a nationwide search, John Lawrence has been appointed vice president of Iowa State University’s extension and outreach programs.

Lawrence, interim vice president since March 2017, previously served as associate dean in the College of Agriculture and Life Sciences and director of extension and outreach. He will begin the permanent VP role immediately.

“John has a long history of scholarship and administrative service, and is uniquely qualified to lead ISU Extension and Outreach,” said President Wendy Wintersteen. “I feel confident he will work to strengthen important extension programs and partnerships and enhance the connections of our faculty, staff and students to Iowa communities.”

Lawrence holds a bachelor’s degree in animal science and a master’s degree in economics, both from Iowa State; and a Ph.D. in agricultural economics from the University of Missouri. He joined Iowa State as an assistant professor of economics in 1991, serving as an extension livestock economist. He also has served as assistant director of the Agriculture Experiment Station, and director of the Iowa Beef Center.

Lawrence also led the Iowa Nutrient Research Center, established in 2013 to develop science-based approaches for reducing the level of nutrients delivered to Iowa waterways and the Gulf of Mexico.

“I am honored to serve my colleagues, the university, and the entire state of Iowa as the leader of Extension and Outreach,” Lawrence said. “I look forward to working with our talented faculty, staff and partners to make a meaningful difference in the lives of Iowans.”

In making the announcement, Senior Vice President and Provost Jonathan Wickert praised Lawrence for his performance in the interim role, and thanked members of the search committee for their thoughtful consideration of candidates. 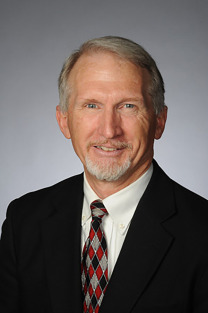